Shakti represents the goddess energy in its purest and most powerful form. Friday is dedicated to worshipping the mother goddess, Shakti. The two most prominent fasts observed on Friday are dedicated to Santoshi Mata and Vaibhav Lakshmi. White is the color and diamond is the gem associated with Friday.

Santoshi Mata is an incarnation of the divine Shakti. The word shakti means power. The Santoshi Mata fast is observed on Friday, and is adhered to for 16 consecutive Fridays. The rules of the fast are strict. Typically, the fasts are observed for the fulfillment of a particular wish, and the wish is clearly stated at the onset of fasting.

The fast begins early Friday morning. One meal can be had during the day, which is had once the fast is broken in the evening. Special care has to be taken to not have any sour food during the day, even after the fast is broken, at sunset. The evening meal is made of foods that are white in color, such as a sweetened kheer made of rice, milk and sugar or jaggery. Offerings to Santoshi Mata contain Bengal gram and jaggery. The Santoshi Mata katha is read aloud. The Bengal gram and jaggery is distributed as prasad after the pooja is completed in the evening. After the 16 fasts are completed, an udyapan is held by inviting people over for a meal. At this meal, too, no sour dishes can be served. Having the udyapan is mandatory for the 16 fasts to be complete.

In Hinduism, Laxmi is the goddess of wealth. The Vaibhav Lakshmi Fast is observed for prosperity and good fortune. This fast is observed for 11 or 21 consecutive Fridays. Fasting is usually observed with a particular wish in mind or also for wealth and fortune, in general. The person observing the fast states the number of days the fasting will be undertaken for, that is, either 11 or 21, on the day of the 1st fast. The wish, too, is clearly stated at this point.

The fast begins early in the morning. Fruits and milk can be had during the day, and one meal can be had in the evening, after the fast is broken. Kheer made of rice, milk and sugar or jaggery is offered to the goddess and then distributed as prasad. The Vaibhav Lakshmi pooja is conducted in the evening, and this includes reading the katha aloud. The fast can be broken after the pooja is completed.  The udyapan is conducted once the 11 or 21 fasts are completed. The udyapan includes inviting people over for a meal, and also distributing books of the Vaibhav Lakshmi katha.

Both, the Santoshi Mata fast and the Vaibhav Lakshmi fast are very popular and are known to bring the desired results, in a short period of time. 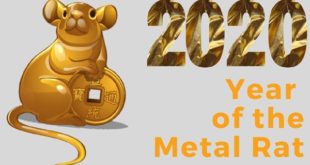 Oriental wisdom marks the path ahead in the next 12 months. At the beginning of ... 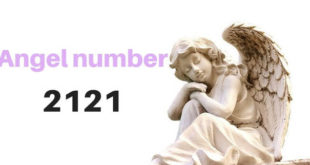 Angel Numbers affect your life in many different ways. They show you the state of ...