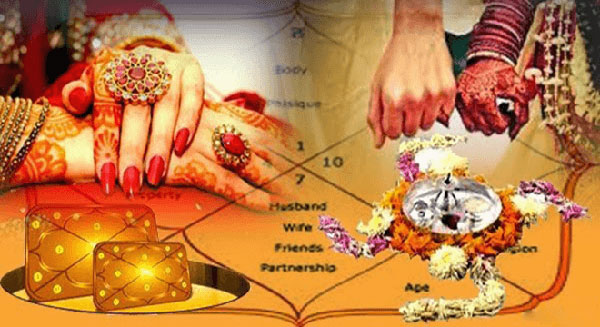 Guna Milan or Kundli Matching is an Indian system based upon which pundits find the compatibility between the boy and girl who are thinking of getting married. There are 36 points that are matched and for any marriage, the Pandits look at minimum 18 points. Pandits also look at what is called the Nadi Dosha. Nadi koota matching has the maximum 8 points in the Guna Milan or kundli milan and is of big importance.

What is Nadi Dosha in kundli matching?

What is Nadi Dosha in kundli. Nadi basically deals with the health of the couple therefore its importance is understandable.  During the matching process if Nadi shows as 0 (zero) points then the Nadi dosha is being formed. The Horoscope of every individual shows the Nadi depending upon the placement of the Moon in different Nakshatras or constellations at the time of birth. Depending upon the placements, following are the three types of Nadi.

If Moon is placed in any of these constellations named Ashwini, Ardra, Punarvasu, Hasta, Jyeshtha, Moola, Uttara Phalguni, Shatabhisha or Poorvabhadrapada in birth chart , the person is said to have Aadi Nadi.

If Moon is placed in any of these constellations named Bharani, Pushya, Mrigashira, Poorvaphalguni, Chitra, Poorvashada, Dhanishtha, Anuradha, or Uttarabhadrapada in birth chart, the person is said to have Madhya Nadi. Incidentally, Madhya Nadi is the strongest Nadi dosha and therefore marriage is completely avoided unless cancellation is being done.

If Moon is placed in any of these constellations named Kritika, Ashlesha, Magha, Rohini, Swati, Uttarashada,  Vishakha,  Revati or Shravana in birth chart the person is said to have Antya Nadi.

Like explained earlier during the matching of the horoscopes if the male and female Nadis are different then 8 points are added, however, if both horoscopes are having the same Nadis then the Nadi dosha is formed and no points are added to the Ashtkoot Guna milan. Nadi Dosha is a serious problem in the kundli matching and should never be ignored. The importance of  Nadi koot can be judged from the fact that it has the maximum score in ashtkoot Guna Milan. Nadi dosha can bring separation, divorce, health problems to self and partner and also problems in conceiving a baby.

Many people are looking for the scientific reason of Nadi dosha and why marriage is restricted when there is Nadi mismatch. The three different Nadi Adya, Madhya and Antya represent Vaat, Pita and Kapah that is body constitution. It is best that the person who marries is from different Nadis that way the body constitutions are mixed. As we see diseases carry forward from genes.  As some family have health issues of specific nature like Diabetes, BP, heart ailment, Cancer. These diseases run from parents to children and ahead. Children especially born under same Nadi will strongly carry the disease forward. Also, when Nadi dosha is there, there will be a very strong possibility of miscarriage,  no conception, problems related to Anovulation, hormone disorder, Male infertility. It also brings health issues to self and partner.

Few factors under which the nadi dosha is removed or considered canceled. These are known as Nadi dosha remedies/ exceptions. That means when these rules are there, Nadi Dosha can be ignored in Guna milan or Horoscope matching. That means that so called Nadi dosha effect will not be there.

It is also important to study the 5th house of the lagan kundli as it is the house of the children. Also need to look at the Jupiter as it is the Putrakarak planet in the horoscope. Analysis of the Lagan and the 8th House also tell us about the health of the individuals.

Nadi is the most important Koot in Ashtkoot Guna Milan or Horoscope Matching and having Nadi Dosha can be bad as it strongly suggests problems on the health and children front. There will be severe health problems to self and major problems related to progeny. However. there are remedies for Nadi dosha which should always be looked before marriage. You need to remember that any remedy for Nadi dosha has to be done before marriage. After marriage, most of the remedies will not be effective.

If you have Nadi Dosha in your Horoscope Matching, then check for Nadi Paad Vedha. If there is no Nadi Paad Vedha marriage can be done without any problems. Look forward to help you with this Divine Knowledge.

Order a Paid Report on Nadi Dosha and know the appropriate remedies for free. Know your married compatibility in detail and how you can improve things astrologically. Select “Add to Cart” to Get the Detailed “Horoscope Matching Kundali Milan” Report. 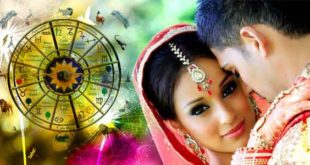 Nadi Dosha Cancellation and Remedies Marriage is a very auspicious thing in one’s life. To ...