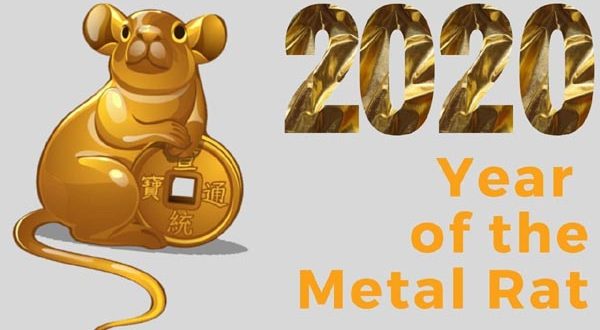 Oriental wisdom marks the path ahead in the next 12 months. At the beginning of this 2020, a new energy is already evident with the change of cycle. In Western astrology it is a year of profound changes at a global level and in the Oriental the transformation is even more intense with the arrival of the Metal Rat marking the beginning of a new cycle that could be the last term to make real changes to the global and individual level.

What will happen worldwide?

In Chinese Horoscope we begin a new period on January 24, 2020 until February 10, 2021. Moment in which there is not only a change of the century, but a very deep new period in terms of transformations of a collective nature and individual.

As for what comes globally, the change in consciousness will manifest strongly. This is not only because the young people started a very profound change this 2019 that will lay the foundations for a future, but because when starting a new 12-year cycle, accompanied by the metal element, the changes will be profound.

People will increase their level of consciousness and will realize that the world cannot exist the same and that changes must occur now, since time is running out at the environmental level, which will be what will have the highest priority. This will be more evident because nature will show this year bluntly the damage we have done through storms, floods, earthquakes, volcanic eruptions and extreme weather, along with a water crisis that will increase this 2020 and we will have until the end of this 12-year cycle to reverse this situation. There will be no more time for changes. We must be at least aware of future predictions. 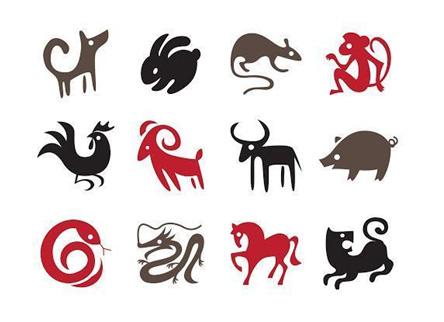 Together with all the global changes, the Metal Rat will not go unnoticed for each sign, also causing profound transformations in each one, the earth elements being the most benefited:

To know which element corresponds to you, check according to your year of birth:
Finished in 0 and 1: Metal Finished in 2 and 3: Water Finished in 4 and 5: Wood Finished in 6 and 7: Fire Finished in 8 and 9: Earth

Rat will have a good year in general, with the exception of those of the metal element who will be faced with further tests. In general, the Rat should be careful when making investments or ventures when there are partners involved, as there will be a risk of deception and scams. However, they will be with luck in their favor and they may receive prizes, inheritances or monies that were not contemplated that will allow them to spend a year economically calm.

This sign will have this 2020 the possibility of consolidating and clearly demonstrating all its capabilities through the courage and willpower that will make it overcome all obstacles that arise but it will be important to take care of your deepest fears. The social area will be the most beneficial, since its communication will be effective, achieving great agreements and negotiations, allowing it to advance by leaps and bounds in regard to its work and profession. But this good streak will also extend to love, where you will finally feel your consolidation.

The Tiger will clearly have a year full of emotions motivated by the enormity of opportunities that will be presented. However, you should be careful because you will be living in extremes both professionally and personally. This means that things will be white or black, there will be no nuances. Therefore, you will not be willing to compromise bringing some emotional consequences where you must assume that events are only a result of your own actions and demands. In love this year will be delivered, not only from your heart but also from your freedom which is what protects you most.

The Rabbit will be a strong opponent and you will have to use all your talents to face some people where there will be problems of understanding. But with his innate ability, he can escape the conflict. This year it will give you strength but it will be tiring because of the confrontations that you will have to assume. The best thing will be to stand firm, not to remove the problems, but rather to deal with them, especially in the first half of the year.

You will start the first semester somewhat tired by so much movement from previous years where things were not entirely easy for you. However, as the year progresses you can stabilize and breathe more relieved. You will begin to regain the enthusiasm and new opportunities will begin to arrive by increasing self-confidence and making them more friendly and empathetic people with their surroundings.

A time of great transformation arrives for you where the Snake will change its skin and be completely renewed. But you should understand that every mutation process is not always easy and requires patience and strength, but it is necessary to start new cycles. The snake will have a year with ups and downs, especially the first half of the year but once your transformation is complete everything will begin to shine for you and they will move forward in such a way that even their confidence will allow them to select who will be by their side.

The important thing is that you are aware of the areas that you know inside that will change. In spite of that you will know how to face it with strength and you will see it as the possibility of starting a new stage in your life with optimism and the determination that characterizes you.

Although the Goat has a good affinity with the Rat, it will not be without problems but will be necessary for a renewal process in their lives. On the one hand, they will no longer feel the need to lead companies or groups and will want to take a break, delegating many of their responsibilities and even wanting to take a break, but this will not be definitive, since once the forces recover they will return to battle with more energy.

This little animal will finally feel that everything is going well for him and that everything is in a position to fulfill his deepest goals and desires. As always they will be shining and encouraging their entire environment, so their social area will clearly not decline. What if, they should be clear that neither the money nor the opportunities will knock on your door, but rather you will have to go out and find them and you will clearly find them.

This will be an intense year according to the Chinese astrology, especially if you fail to master your impulses that clearly play against you, especially when faced with situations that you cannot control. In the first semester the opportunities will be so many that you will be faced with making important decisions and you must act with fairness and justice so as not to affect your environment.

A period of new opportunities is coming and you will be ready for a new stage. Professionally there will come so many alternatives that they should be attentive and analyze which one will be more convenient. You will be with so many activities that you will feel that time passes very quickly for you and you should organize your family and couple times and spaces well so that you are not harmed.

This animal will live intensely but will feel exhausted. For a long time he will live running and with so many activities and work that he will really feel that there is no time to rest. While it will not be a negative year, there will be certain situations that will make you feel disappointed. It will be important that they pay attention to their health; Although they will not have serious issues, there could be a couple of episodes where this will affect them.