Benefits and side effects of Red Coral / Moonga Gemstone

According to Vedic astrology, Gemstones play an important role in remedial purposes. The gemstones have tremendous cosmic energies and it transmits the energy when the stone gets in contact with someone. Gems possess the power which is beneficial or deleterious, all are depending upon how you are using them. The Red Coral Gem has magnetic power in various aspects as they are beneficial to us for their therapeutic cures. These stones emit vibrations that are strongly influenced to our whole body.

In this article, we discussed about the Red Coral Stone as what are the advantages and side effects of wearing Red Coral Gemstone.

The main reason for wearing Red Coral or Moonga is its healing powers both on our physical as well as inner body. The Red Coral Gem represents the energy of Mars. It is believed that Red Coral Gem elevates the energy levels of Mars in the horoscope of the gemstone user. Red coral also referred to as,  moonga or Praval gemstone. lt is a hot gemstone that is known to enhance the energy, confidence, self-esteem of a person. Red coral is strongly advised to those for whom Mars is the yogakarka planet, as Mars rules the 5th house and also the 9th house, which are the two most important house as they are the houses of planning and destiny respectively. Red Coral or Moonga is also recommended for people who have Mars as lagan lord or Rashi lord. However, Mars being a fiery planet has its drawbacks and if randomly strengthened it can bring negative results. The side effects can be more harmful than positive effects. Mars has explosive, sudden and many disruptive powers thus Red Coral / Moonga should be used carefully when trying to improve Mars.

Like all medicines do not work for everyone, similarly, one Gemstone will not work for everyone. The decision to wear or not to wear a gemstone should be left to a competent astrologer who after studying the horoscope can bring out the advantages and side effects of wearing Red Coral.

Let’s have a look at the benefits of wearing Red Coral Gemstone according to Ayurveda and Vedic Astrology:

Who shouldn’t wear coral stones: There are many benefits of wearing red coral as you can see above, but there is also side effects of Red Coral which can bring harmful effects in ones life.

Mars is generally not recommended if you are short-tempered, aggressive and hasty in taking decisions as your temperament will only worse. The native who has negative Mars; and If one’s married life is getting disturbed, then do not wear this stone. According to position in the Horoscope, if Mars is in the 7th or 8th house or 2nd and 3rd house, then don’t wear red coral / Moonga because it will keep disturbing married life. 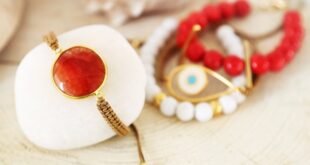 The History of Red Coral Gemstone The depth of the seas carries many mysteries and ...