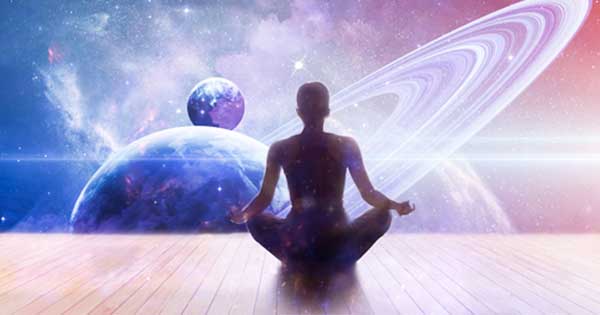 Saturn or “Shani” is known for its powers to bring hindrances, obstacles and bad luck in one’s life. Actually Saturn is the greatest teacher and during its period it teaches us maturity, humility, humbleness. Saturn during its period would not make things easy. It plays the role of a taskmaster, who will make you work before you get any rewards. Saturn manifests reality and in turn makes things “real”. Saturn period can be challenging, heavy and revolving with intensity.

Below are some of the Times when Saturn teaches us the Hardest Lessons of our life:

Saturn Return: Saturn return is an transit of Saturn that occurs when Saturn in transit returns to the same place that is occupied during your birth. This transit takes places after every approximately 30 years. The influence of Saturn return start when a person is in his late 20ies, that is around 28 years of age.

Psychologically the 1st Saturn return is always seen as the time of reaching full adulthood, this is the time when an individual will be faced with adult challenges and responsibilities in life. This period comes during a child transition from Childhood to Adulthood. During this period Saturn forces us to shed things which do not serve.  Saturn pushes us to become responsible and serious. The period of Saturn return is to bring our life back on the track and more towards performing the right karmas.

Sade Satti: Sade Satti is the 7 ½ years period of Saturn transit over natal Moon. This period is closely watched by people who are following Vedic Astrology also known as “Jyotish”. Saturn during this period is supposed to cast shadow over peoples mind. This is the period when your mind is tested for maturity and wisdom. Sade Satti is the test of mind and level of maturity. If you do not stand to the level of Saturn you make severe blunders which eventually leads to your fall. This is the reason Sade Satti is feared by millions as Saturn, because if you do not know the purpose of your life, it can push you towards a state of depression and anxiety.

Shani Dasha and Bhukti: The Vimshottari dasha system followed as per Vedic Astrology is popular predictive tool of Vedic astrology. All planets go through their given dasha cycle, with subcyles also known as “Bhuktis”. Some of these dasha cycles are short, while others can be very long. For example the Vimshottari Dasha period of Moon is 10 Years and Venus is 20 Years. The Dasha period of Saturn is 19 years. These 19 years are filled with hardship and chellenges, more if during this period the period of Shani / Saturn Sade Satti also comes into play. Depending upon the placement of Saturn and the houses it rules in the horoscope, the results will vary. It is not wrong to say that the Saturn Mahadasha is a period of training Saturn will “Chisel” a character out of you during this period and will teach you lessons which will develop your personality and you will remember for the rest of your life.

Saturn can be the Major purpose for Depression:

Saturn is considered to be the major purpose for human depression. Saturn is considered the planet which brings hardships, hindrances and obstacles in a native’s life. Many people look at depression as a state of debilitating emotions. When these emotions hit rock bottom the native experiences his/her darkest period. Only when such native see some light, they can come out of this mental state and recover. You do not need to fear Saturn. He is the greatest teacher amongst the planets, it is simply upholding the righteousness and “dharma” of the universe. As a teacher he makes sure all beings are righteous in their actions and decisions. When someone moves away from righteousness Saturn during the above periods comes into play. The truth is that we never check the results of our doing on others, but then somewhere there is a Judge that we all have to face. We can never avoid it as it is the law of nature. Therefore during the period of Saturn, you do not need to be affair, but need to respect and honor him.