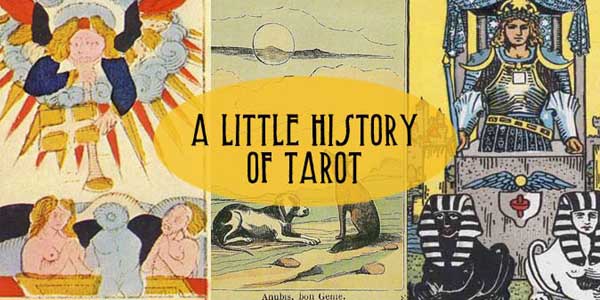 Unfortunately for tarot cards, the majority of people know little, to nothing, about its history. This is due in large part to the fact that tarot cards suffer from being misunderstood or ostracized by the historical community as being a joke and not worthy of their time. Over the years Tarot Card Reading has become very popular. Especially in western world like Europe, America and Australia, you have some great Tarot Readers. But still the past of Tarot Cards is not known to many. I believe that since tarot card has been around for centuries and now Tarot Card Reading is becoming very popular, it most definitely deserves a place in history and knowing its history will help you to understand Tarot a little better.

The Beginnings for Tarot Cards

The majority of people have a belief that tarot cards were invented in the 1960’s when they became highly popular in the West. In fact, this popularity only stemmed from the publication of a book explaining tarot cards and how to use them. The original tarot cards date back as far as the 14th century and are the precursor for the modern playing cards, used for poker. Some Tarot deck, known as the Visconti-Sforiza and Tarocchi Deck, dating back to the 15th century, is still available for purchase and use today. These cards, were originally developed as a game and are used much in the same way modern playing cards are. They were used to play a game called tarocchi and have nothing to do with telling the future in any way. These decks contained four suits and the name tarot itself is thought to be derived from the Arab word taruq, which means “four ways.”

The separation between playing cards and tarot cards was a gradual one. In essence, any cards can be used to tell futures. The tarot cards that we have come to know and accept are more common for telling futures in part because of the artistry on the cards themselves. These designs were actually French in nature as they were the designs used in the French playing cards. The older appearance of the design of the cards lends a more interesting appearance to tarot cards, which is why they have remained the way they look now, while the playing cards have taken on a more generic appearance for everything other than the trump cards. It appears that the separation was intentional to separate one as being normal for every household, while the other still carries a more negative connotation to it.

Some Myths About Tarot Cards

Many people have the belief that gypsies brought tarot cards to Europe. This was actually a fabrication invented by an 18th century writer. It was postulated that the cards were created in Egypt and brought to Europe along with gypsies. When looking at the history of the cards, it is easy to see the existence of tarot cards in Europe predated the appearance of the first gypsy in Europe. It was nothing more than a way to blame a disliked group of people for bringing something to Europe considered to be less acceptable. Keep in mind those who look down their nose at tarot cards do so because the church has deemed them to be “evil”. However, the church has deemed all cards to be less than something that should be acceptable, because they feel it distract attention away from the study of God. 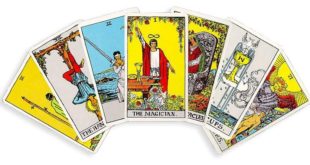 How Tarot Cards Can Improve Your Mental Wellness

At some point in their life, some or most people have seen a tarot reading. ...