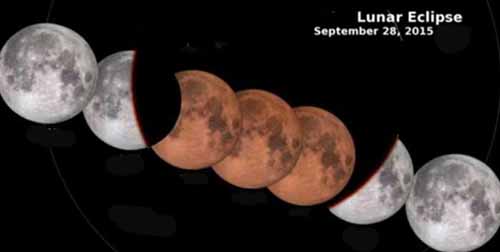 Globally a great day for people with interest in Astronomy falls on 28th September 2015 when they can view a Total Lunar Eclipse. A total Eclipse is when earth shadow completely covers the Moon.  With this the Moon darkens and rather than vanishing completely, it turns dark red or has a copper red color. This is truly a amazing sight for people with interest in astronomy globally. This total eclipse which would be the second Lunar Eclipse of 2015 is likely to last for 1 hour and 12 minutes. The visual effect would depend upon the Earths atmosphere, but it is expected that the Moon would turn Red Color for most of the observers. The Partial eclipse is likely to last for 3 hours and 20 minutes.

Viewing of the Eclipse from US, Canada and other counties:

During this eclipse the Moon would be at perigee making it extremely large, however people in Alaska are likely to miss the total eclipse. However for people in US in the region of British Columbia, Utah, Arizona and neighboring states would be able to view complete eclipse. For people in Canada and South America the complete lunar eclipse would be visible. The complete eclipse is also visible for western Europe and western half of Africa. People in Finland, Turkey, Belarus, Russia, Ukraine , Central Africa down to Mozambique and South Africa the Moon will set during the final partial eclipse. For people in Afghanistan,  Pakistan, Uzbekistan, Kazakhstan, the Moon will set early making it a relatively uninteresting sight.

Viewing of the Eclipse from India: 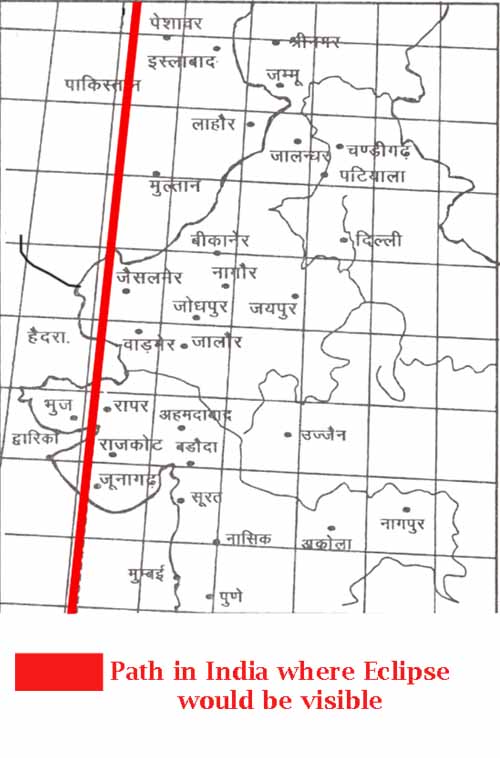