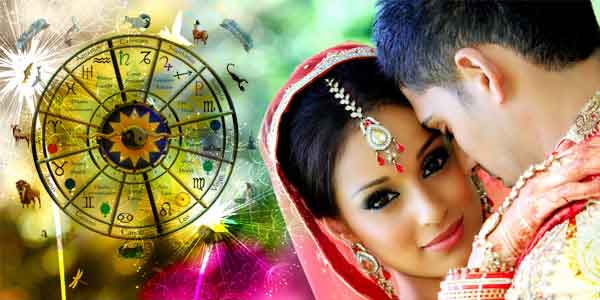 Why is Nadi Dosha Important

Marriage is a very auspicious thing in one’s life. To make it the best we do kundali milan or horoscope matching. It is strongly believed that even if the matching points or the Guna Milan score is high, one should not marry in the same Nadi, as same Nadi means Nadi Dosha. Nadi dosha is a serious imperfection and is likely to cause the unnatural death of partners and affect health, married life, and family happiness. The importance of Nadi dosha can be derived from the fact that it has the maximum score in Ashtkoot Guna milan. It is important because it brings severe health issues and danger to the couple and also the progeny or the child. Nadi dosha can cause the death of the partner, so it is very important to check its Nadi dosha cancellation else do Nadi dosha remedy.

What is Nadi Dosha in Horoscope Matching?

There are 28 matching points if we subtract 8 points which are prescribed for Nadi. Incidentally, when there is zero in front of Nadi it is considered a dosha. However, the point that I’m making is that in spite of the high score we see that is 28 out of 36 total points, marriage is not recommended since there is a Nadi Dosha.

There is another very important reason because of which marriage between the same Nakshatras is not recommended. Such people are likely to have the same planetary period.  This is very important to note as the Dasha period is considered from the birth Nakshatra. Therefore if the planets are well placed both will have good time, but if they are ill-placed then both will have bad time simultaneously. Good or Bad effects will thus get multiplied. Good effects are welcome though, but the ill effects may become difficult to bear.

As a Vedic astrologer with past experience of more than 20 years in Horoscope reading, especially relationships and horoscope matching, please note that high matching points in Guna Milan are never a guarantee to happy married life. The most important is the placements of the planets in the native’s horoscopes.  If the 7th house (which is the house of marriage) and the lord is strong and the karka which is Venus in a male chart and Jupiter in a female chart is strong and well placed, the native will be bestowed with marital happiness.  Therefore I always insist that a Grah Milan which is a matching of the planets is more important than Guna Milan and remedies for any dosha in Kundali Milan like Nadi Dosha, Mangal Dosha, Bhakoot Dosha should be done before solemnizing the marriage. It is very important to check if Nadi dosha gets cancel. If the dosha gets cancel, then no remedy / Parihar is required.

Below is the Division of Nakshatras according to Nadi

The 27 Nakshatra is divided into three categories called Nadis. The three Nadies are:

Below is the List of Nakshtras and how they are divided in various Nadi Categories:

Question: Is Nadi Dosha applicable only to Brahmins?

This is another absurd thing that you get to hear from people that Nadi dosha is only applicable to Brahmins. I will explain in detail below, that Nadi dosha is applicable to all and not only to Brahmins. As per the Caste system in India, the Brahmins held the top position in society, because at that time there were no universities or education systems like today, and their contribution to society was enormous. At that time there were only Gurukuls, ashrams and Brahmins were responsible for spreading Vedic knowledge and wisdom in the society, besides carrying out religious activities. Therefore Brahmins were strictly restricted from marrying in case of Nadi dosha, because as caretakers of education, knowledge, and holding the principles of “Dharma” in the society.  If they don’t have children then that knowledge and wisdom will not be passed to future generations. Therefore Brahmins were not allowed to marry in case of Nadi dosha. However, Nadi dosha certainly affects everyone irrespective of Caste, Creed, Race, or religion, as Nadi dosha is formed based upon your birth chart and not on your varna.

Contrary to what remedies you will get online which includes puja done from Brahmins etc. Many people do not understand the concept of Nadi and what is its importance. Why it is important that there is no Nadi dosha during Kundli Milan. If I can explain it in a simple way, Nadi is like a blood group that is based upon the Ayurdeva concept of vata pitta kapha and it is believed that mixing of the bloods is good for avoiding miscarriage during pregnancy and having healthy children. Nadi dosha also indicates health issues to the couple which should never be ignored. In case there is Nadi Dosha, then marriage should only be done if there is No Nadi Paad Vedha.

When you are doing any puja for any dosha, you are seeking Divine Blessings, however, it does not remove the dosha. The Puja only gives extra strength, endurance, and the ability to withstand problems. The dosha stands irrespective of which puja you do. By checking Nadi Paad Vedha, we are digging deep in both the horoscope charts and checking if Nadi as it stands is going to affect the health of the couple and healthy progeny. If there is no Nadi Paad Vedha, marriage can be considered as it means that despite Nadi dosha coming in the Guna Milan, Nadi dosha malefic effects will not be there.

If you have Nadi Dosha in your Horoscope Matching and want to know if it gets canceled then please look at Horoscope Matching Kundli Milan service from below. This is a detailed Horoscope Matching report which gives you a detailed analysis on Guna and Grah Milan. It will discuss your complete horoscope matching in detail and also provide you with astrology remedies and solutions so that you lead a happy marital life. 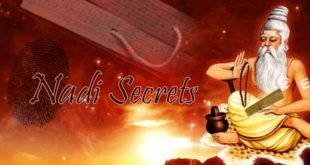