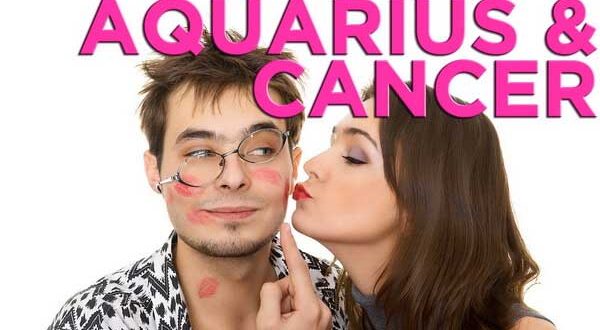 Aquarius and Cancer – Compatibility in Sex, Love and friendship

All of the things forged by fate can neither be altered nor predicted and having this in mind, it is worth taking note that there is no way that we can get to choose the people that we are to be with and also it is quite rare for people whose character complement each other totally to find each other.

Most of us consider paying heed to the zodiac signs so as to get to know the best match for us; though this may seem as a pass time to some, there are quite great odds that our predictions are right and you may just find the perfect guy or the perfect girl for you.

In this section, we are going to take an in-depth look at whether or not the cancer- Aquarius pair will thrive and also take into consideration what it would be like if the zodiac signs were of different gender and also the outcome and their relations should they trade their signs.

What would the Aquarius female and the cancer male be like?

Though it is not always the case, an Aquarius female may not pose as the best partner for the cancer male and vice versa. At first, the two will normally bond and develop an unfathomable interest in each other and with time, this tends to fade.

The Aquarius female may seem withdrawn or selfish to their cancer counterparts. They always need some time on their own so as to explore their minds and make use of their imagination which makes them seem to be of a rather conservative nature.

On the other hand, the male cancer counterparts will normally expect their partners to open up to them as they did when they met and fell for each other in a jiffy. Having this in mind, the male may at times tend to feel used by their partners. On the female’s side, owing to their nature of upholding their personal privacy, they will see their partner as being irritatingly clingy

What about the Aquarius male and the cancer female?

The cancer female is definitely not after the physique of the Aquarius male or whatever material possessions he has got but is after the feeling of security, compassion and love from their male counterparts.

Though this may not seem to work for the cancer woman, she may give it a try owing to the compassion the guy expressed at their first dates. Clinginess of the cancer female may seem to turn of the male and on the female’s side, she may feel less loved.

Is Cancer and Aquarius perfect match in bed?

Commitment is definitely out of the list of virtues possessed by Aquarius. In bed, the two are perfect for each other though this may be contradicted by the nature of Aquarius to be less committed hence seemingly selfish.

Aquarius may pose as being possessive at times which is not a problem to cancer and this tends to bring the two even closer to each other than before.

Many of us are often attracted to people who have certain qualities which we know ...