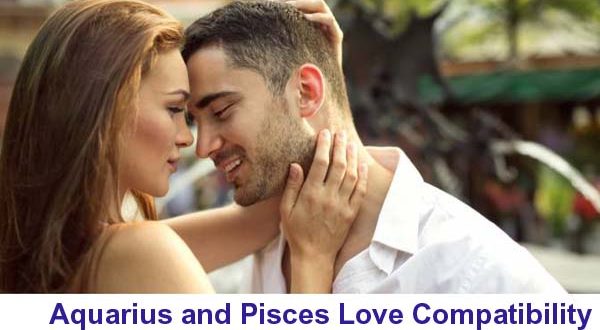 Aquarius and Pisces sign combination is extremely challenging to match. Whereas Aquarius is perhaps the least emotional of all zodiac signs, Pisces is one of the most emotional. This fact represents the major impact on the relationship between these two signs.

Pisces is a hule, nurturing and supporting partner, very flexible and understanding. Being extremely empathetic and following their instincts rather than facts, Pisces will bring an intuitive, idealistic and emotional approach to the relationship. Generally, they are very caring and often provide help to anyone. This is a more sensitive and compassionate partner when compared to the quite cold Aquarius who may sometimes be fascinated by these qualities of Pisces. However, more often, this fascination gradually turns into frustration in several ways.

Aquarius may find their Pisces partners caring, emotional and sensitive at the beginning, however, they will eventually consider them to be very needy, fragile and possessive. Pisces are much more giving partners than Aquarius are and they will make all the efforts to provide the other partner with anything he or she needs. Aquarius on the other hand, does not tend to be that co-dependent in a relationship. Therefore, Pisces are likely to end up having to make numerous sacrifices while it will be largely them doing all the giving. They may consider their partner quite uncaring and cold and not appreciating their sacrifices. Aquarius may seem inaccessible when it comes to emotions. Analytical and objective Aquarius is indeed often emotionally distant. In this and many other respects, there is a possibility that this may become a one-sided relationship in which Pisces may be considered as too emotional, too sensitive and too romantic, whereas Aquarius may be considered as too objective, too cold and too emotionally detached, depending from each viewpoint.

Aquarius tends to always have a rational basis to any situation, whereas Pisces is quite irrational and subjective. Also, while Pisces is spiritual and intuitive, Aquarius is the exact opposite: free-thinking and radical. He or she hates conformity, cannot stand the rules and has a quite alternative approach to everything. Considered to be quite an eccentric, this progressive sign may sometimes seem distracted to their Pisces partner.

This is one of the most complicated zodiac matches as both signs are very different when it comes to their personalities. However, such relationships may work if both partners commit to compromise in the most important areas. If the couple devotes time to learn from each other, to absorb some of the other’s qualities and adapt some of the other’s approaches, Aquarius and Pisces combination may turn into a satisfying relationship. [review]

Pisces and Pisces sign combination can be a very interesting challenge. Usually, this relationship may ...