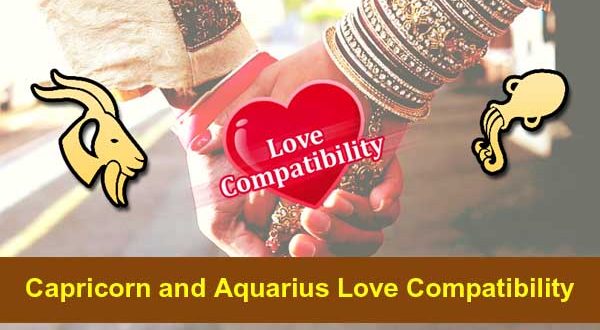 Many of us are often attracted to people who have certain qualities which we know we ourselves lack. And although some say that it is not a good idea to create a relationship with someone that is just too different from us, it is proven that sometimes exactly this relationship is the one that survives and grows in a wonderful way. This is the case of Capricorn and Aquarius. These two signs both ruled by planet Saturn, could not be more different. One being an earth sign, the other an air sign, one being conventional and the other such an opposite, one being traditional and pragmatic and the other more independent and non-conformist, the list can go on and on. However, this conflict in personality can actually create a surprisingly promising love match. Thus, the compatibility of Capricorn and Aquarius can be stronger than we might think. Once both partners learn how to get the best of each other, prognosis for a long-lasting relationship become very positive.

Dating may be uncomfortable at the beginning. Capricorn loves conformity, sticks to the rules and is known to always do the expected thing. The Aquarius partner on the other hand, hates conformity, cannot stand the rules and has a quite alternative approach to everything. Thus, while Capricorn likes to have a plan and rules to follow, his or her partner usually doesn’t. This may be the main problem of this match. Capricorn loves stability and may often find Aquarius too unpredictable. Aquarius is analytical and objective, and often emotionally distant. Although Capricorn may be quite similar when it comes to emotions, he or she will be like that with strangers, however not with his or her partner. Aquarius is friendly and outgoing and thus may sometimes be irritated by Capricorn’s seriousness and coolness. While Capricorn is quite traditional, Aquarius is very contemporary. Capricorn is very disciplined and structured, perhaps even indirectly controlling, which may bother the independent Aquarius. When it comes to money, Capricorn is very career-focused and extremely motivated to achieve financial situation. Although not a reckless spender, Aquarius is not that impressed by materialism. Both signs are quite stubborn, though in different ways, and both are prone to occasionally neglecting the other partner. However, despite all the differences, these two signs are both strong-willed and thus able to work on these issues. They can both learn much from each other. If they succeed, this is the relationship that may eventually rival any other match.

When it comes to sex, it may be one of the best aspects of this relationship. Sex is quite physical and good. Both signs prefer fun and adventurous lovemaking over the more romantic one. Aquarius is more experimental and innovative though. Although both signs share a strong sense of passion in bedroom, Capricorn has a slightly more sensual and passionate approach to sex.

It will take a lot of work and understanding to maintain the relationship of a Capricorn and Aquarius, however with compromise, they can each get the best of each other’s world.  [review]

Aquarius and Cancer – Compatibility in Sex, Love and friendship

All of the things forged by fate can neither be altered nor predicted and having ...