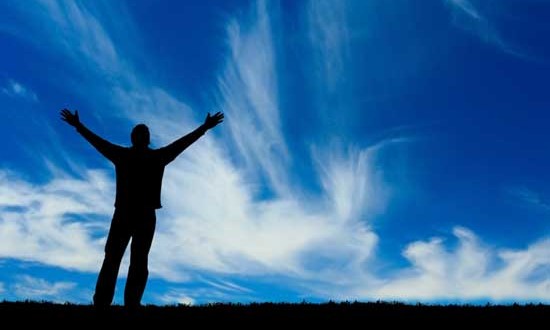 Is there a God out there! does God really exist

This is one of the questions for which we have no concrete answer. Some say ‘Yes’, some say “No” and some say “I don’t know”. But in fact we are all puzzled by the uncertainties in our life and why talk of life only, the uncertainties in nature is also sometimes frightening. Some attribute it to the actions by the enlightened human race, but it could not be true since we the human race only constitute a negligible percentage of the total number of living beings, the count of which could never be done with all the prevailing advances in modern technology. We have only seen the tip of the iceberg as far as Science is concerned and trying to generalise on such a small data available and coming to conclusions is totally unscientific.

Then to answer the question whether God is there, there can only be hypotheses. This Universe is the God which includes what is known and what is unknown. And a miniaturized form of the universe is present in every one of the living beings. How do you test the presence of a God in a being? The simple answer is God introduce the concept of mobility in any living being. Any being which has the power of mobility is a living being and this includes all from ant to elephant and many other living beings beyond our scope of our vision like bacteria on the smaller side and on the bigger side the Earth itself. We can only see an insignificant portion of the earth with our naked eyes. Is it not? And that is the very reason why we cannot see God which is the universe itself all encompassing everything that is there. It is very similar to an ant sitting on an elephant and the ant cannot see the elephant as a whole. We can only feel the presence of God though we cannot see the God just like Electricity which we cannot see, but feel the presence of.

Now let us look at the job of the God which is sustenance of this Universe which is Himself. And to achieve this he manifests Himself in different forms while being in each of them a model of Himself to sustain the model of the living being. That is why almost all of the 100% of our inner mechanisms are controlled by the God within us and we have no control of them. For example any disease is cured by itself, all wounds are healed by itself and the food we take are digested and assimilated into the system by itself. And the growth of a child in the womb is fully controlled by the God himself for maintaining the cycle of creation and recreation. And the food we take is provided by God Himself for free by an automated process of growth and regrowth of the things required for the sustenance of every living being.

In short God is very similar to a Managing Director of this Universe. He has to run and supervise the different departments and for this he manifests himself as the managers and the working staff. And naturally there will be different types of jobs to be carried out like production, maintenance, distribution, man management, research etc. and for these departments to be well run, He makes appropriate models of Himself and be inside those living objects to carry out the different functions of running and maintaining this universe.

Have you heard of Aquinas Five Ways in connection with his proof of existence of  God?

1. The unmoved mover argument asserts that, from our experience of motion in the universe (motion being the transition from potentiality to actuality) we can see that there must have been an initial mover. Aquinas argued that whatever is in motion must be put in motion by another thing, so there must be an unmoved mover.

3. The argument from necessary being asserts that all beings are contingent, meaning that it is possible for them not to exist. Aquinas argued that if everything can possibly not exist, there must have been a time when nothing existed; as things exist now, there must exist a being with necessary existence, regarded as God.

4. Aquinas argued from degree, considering the occurrence of degrees of goodness. He believed that things which are called good, must be called good in relation to a standard of good—a maximum. There must be a maximum goodness that which causes all goodness.

You must by now be wondering why this article is being included in a blog of Astrology related subjects and its relevance to life.

One of the primary things which my clients desire to know from astrological consultations is why they are not successful in life when compared to their peers who could be their neighbors or colleagues at work or their acquaintances. In this connection a knowledge of the concept of God will come in very handy to understand the answer to such questions. God in his creations has introduced variety and that is why no two living beings are identical in nature and that is why no two horoscopes are of identical strength or potency. Even the definitions of various faculties in life are different from person to person as is illustrated in one of my earlier articles titled “Definitions in astrology” like the concept of wealth, health, beauty, happiness, marital bliss etc.

And another question generally people put to me is how can they be possible to be like their peers and and what remedies can be taken to achieve such equality. I normally tell them that the God wants us to be different and he will never permit two living beings identical in all respects. Like in a drama, there must be a King, queen, soldiers who are experts in use of different type of arms, cooks who have different culinary expertise, servants, patients, doctors and each one of them have to do their part or role well to make the drama a success. That is why Shakespeare has written “The world is a stage and we are all actors playing our roles”. So if somebody has a role of a cook and if he is unhappy for not being given the role of a King, it is a foolish thought. Is it not? And the same thing happens with life too. It is wrong to compare yourself with someone else and it is not in God’s interests that there are two identical living beings and therefore you cannot be like anyone else. Each one of us have our own purposes in life which will invariably be different from one another. Variety is the spice of life from cradle to grave.

In my scientific evaluation of horoscopes, I have never found two people having the same strengths for all the houses. They are always invariably different and how they enjoy the strength is also very different depending upon individual tastes and as appropriate to the type of assignments given to them by God. When the assignment given to you is completed, you are called back to His abode or get merged into Himself and when God has a reason to send you for another assignment, he will manifest himself in you in your new creation as another living being. You never have an identity of your own and you are always a servant to God with His own miniaturised manifestation in yourself.

Readers will do well to understand these concepts and you will have the best of life in this world without having any need to rejoice or feel depressed or be unhappy about your life on Earth. You just understand that you are carrying out the duties assigned to you by God and the results of which are only going to be in His interests and not yours. You are just a screw driver and it is God who uses you as He deems fit.

Wishing you all well and the self realisation that you are nothing but a small manifestation of God, the Supreme Commander of this Universe and without you God is non existent. Do your job well and God will be doing his job also well.

I am a retired Software architect with more than 53 years of experience in Software development, EDP Management and MIS starting from 1964 and belong to the first batch of computer professionals in India. My hobby is Astrological research. I am 74 years young. I have devised a scientific and mathematical method of evaluating a horoscope similar to the Mark Sheet you receive from Board of Schools or Universities after you complete a degree or diploma course of study using which you will know where you stand among your peers. The uniqueness of this method of evaluation is that you can use it in all schools of thought in Astrology including the Sayana System used by Westerners and the strength does not vary at all except for small decimal values. Read my blog navagrahastro.blogspot.in and if interested, come through Paid services and your evaluation report in detail will be sent to you by email. I do not believe in remedies to propitiate the planets or Gods by shortcut means like wearing a stone, doing Poojas and Homas using a middleman like priest or pundit or anyone who has made it a profession. Nor do I believe in penance or sacrifices done by hurting yourself or someone else. I believe that Prayers to God by the self is the only means of getting His blessings which can ease our problems of mind and body and help us in happy living. Brokers are not entertained by God in this regard.
@ramachandran
Previous विवाह में देरी के उपाय
Next Common Myths and Misconceptions in Vedic Astrology