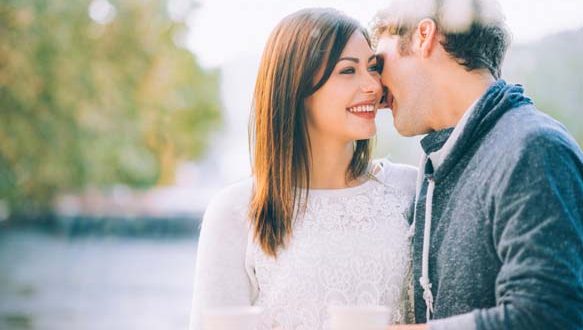 Communication and mutual understanding between Libra and Capricorn will be at an extremely high level. They are each other’s support through good and bad times. The feeling of loyalty and balance will keep these two together. It is also unlikely of them to be unfaithful. Prognosis for a long lasting love story is positive, once the couple has survived the initial dates.

Libras are focused on partnership and will make all the efforts to make the relationship work. On the contrary, Capricorns are highly focused on achieving their success. They are extremely motivated to improve their career and financial situation, and thus likely to put ambition ahead of partnership. Therefore, if the relationship between these two signs involves the traditional roles of a homemaker (Libra) and breadwinner (Capricorn) it is likely to be a successful one. However, in the 50/50 partnership, this can turn into quite an awkward match. Although at times Libras would be admired by Capricorns’ ambition and determination, they will certainly often be annoyed with their seriousness and find it rather boring, as Libras are quite lighthearted, outgoing, charismatic and fun while Capricorns tend to be a more reserved and serious partners. Thus, Libras would have to occasionally drag Capricorns into a ‘fun mode’.

When it comes to bedroom, sexual compatibility between these signs is subtle at the beginning, but it becomes stronger and intense with time. It is likely to be good; however the partners should be careful. As Capricorns are known to be overreacting in their ambitions, their intensive work may leave them not enough energy for bedroom fun, which may result in Libras taking offense for being avoided. If that wouldn’t be the case and Libras would get Capricorns’ attention in a slightly forceful and fun way, the couple would enjoy great sex, as Capricorns are surprisingly fun in bed, once their full attention is achieved.

Given the opposite point of view, Capricorns may often find their Libra partners disorganized, carefree, childlike, or even lazy. However, this may not be a bad thing overall, while Libras might encourage their Capricorn partners to be more spontaneous and enjoy life more. However, as Capricorns are usually not good in giving a lot of attention and compliments, they might feel a little insecure in their partner and afraid that the neglecting of their needs might get some undesired results. Consequently, if the relationship is neglected, it will certainly affect the sexual life of the couple. Whereas Libras are confident, open-minded and exploring in sex, Capricorns tend to lack in confidence. Also, they are more focused on the physical component of sex, while the Libras are likely to focus on its intellectual component. Thus they may each find the other lacking in this respect and this also may affect their sexual life. However, if they take time to communicate and understand each other’s needs, which is not unlikely for this combination of signs, the couple may share a satisfying sex life. [review]