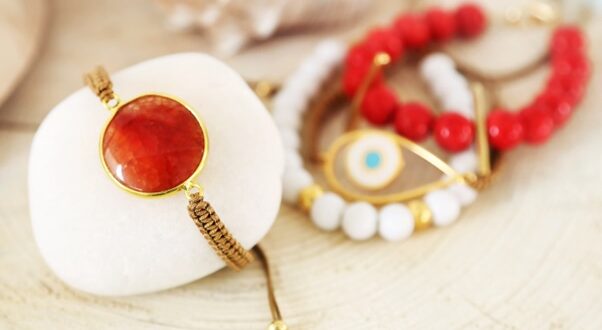 The depth of the seas carries many mysteries and one among them is the stunning moonga stone. Though it is not created in the crust of the earth under extreme pressures and temperatures, this stone still comes from thousands of years of creation under the sea.

Some scriptures dating back to 8000 BC mention red coral amulets while this gemstone was also found in Egyptian and Sumerian civilizations almost near to 3000 BC. Therefore, it is needless to say that red corals have a rich historical significance in many cultures across the world. In this blog, we will discuss the history of red corals and their evolution over time into a precious jewelry stone adored by all.

The history of corals used as jewelry dates back to the 77 AD when Pliny the Elder mentioned this gemstone in Naturalist Historia, an ancient encyclopedia describing red corals with deep red color as the most valued ones. It is said that around the same time, there was a massive demand for corals in India.

And before that period, it was majorly used by the Gauls who decorated their swords with this stone. Even the Romans believed in the superior powers of this gemstone and used it as an amulet for their children to protect them outside dangers.

As per Japanese believes, the history of red corals goes back by 20000 years or more. Excavations of the Paleolithic ruins in Germany revealed coral beads in the graves. What started as a trend in Christian countries slowly spread to the east via the Silk Road during the early Middle Ages.

In the 7th and 8th centuries, it became a treasure for royals. One of the oldest corals can be found in the imperial treasure owned by Shosoin, encrusted in the crown of Emperor Shomu. The crown in Nara Prefecture dates back to 724 to 749 AD. 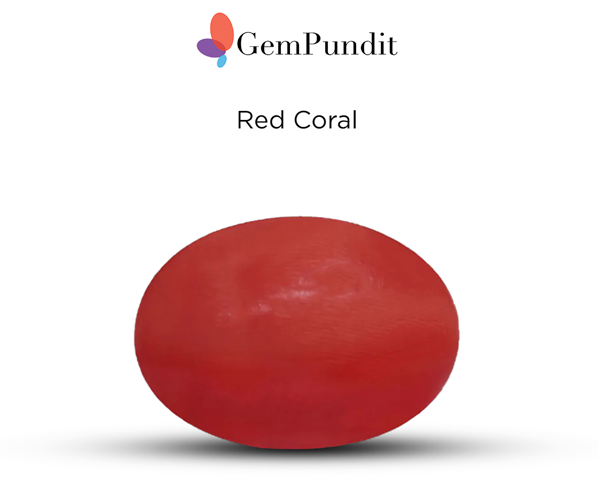 Throughout the Middle Ages, red corals became a stone for protection against evil. During the early centuries, many rivalries stemmed over the rights to fish corals off the African coastlines.

The Royal Society of Coral, established in 1790 in Torre del Greco, worked to sell coral fish and flourish this trade in the Mediterranean region. A new regulation was also passed in 1789 to regulate fishing but it eventually failed to reach its goals. The golden age for coral fishing started in 1805 with the new factory situated on the Vesuvias slopes.

In Japan, coral fishing became prevalent by the end of Tokugawa era in 1812 when the first products were found in Tosa domain at Cape Muroto of Kochi prefecture. Despite the growing interest for Japanese coral during this period, Naples and rest of the Italy produced the most elaborate coral carving between 1800 and 1900.

The beauty and designs of coral jewelry passed from Italy to the USA during the late 1800s. After this popularity, the gemstone was widely used by the leading brands like Tiffany & Co.

You can also find coral gemstone in ancient jewelry found in Tibet from the 17th century, which shows the growing influence of this gemstone in this region during that era.

The descriptions and citations of coral gemstones in various cultures are as interesting as its vivid history. The earliest accounts can be found in Greek mythology and stories about Perseus. After the demi-god petrified Cetus with Medusa’s head, he washed his hands in the river bank and found that the blood from the head turned seaweed into shiny red corals.

Another mention is about the palace of Poseidon made of corals. The Hindu astrology associates red coral with the planet of Mars, while Yoruba from west Africa used this gemstone as jewelry for titled royals and chieftains.

Even today, red coral or Moonga stone is used for its varied astrological benefits by celebrities and commoners alike. This gemstone has mysterious powers that represents happiness and wisdom. It can help you overcome your enemies and give you courage to face any obstacle in your life.

Red coral benefits its users by guarding them against dark energies and providing holistic protection against evils. By associating with planet Mars, it can bring immense peace to your mind and inner self, while helping you recover from low confidence and anxieties.

For all these properties and the mysterious charm of red coral gemstone, you need to find an authentic product at reasonable prices. That’s where you can trust established online stores like GemPundit that sell the best variety of precious and semi-precious gemstones at highly competitive prices.

When buying this stone, don’t forget to ask the seller about the lab certificate stating the origin and grade of the stone. You will be more confident in your purchase and happy to hold a piece of history in your hand with a genuine stone. 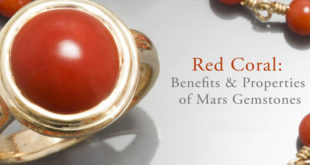 Benefits and side effects of Red Coral / Moonga Gemstone

According to Vedic astrology, Gemstones play an important role in remedial purposes. The gemstones have ...