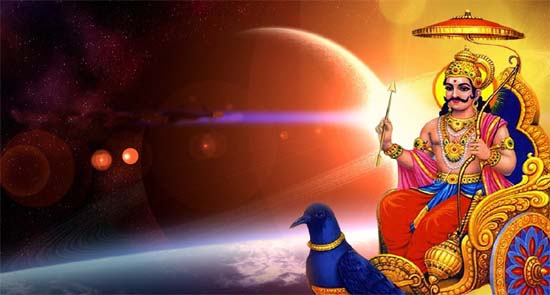 Saturn is the biggest planet after Jupiter. It is known to be the son of Lord Surya or the king of planets that is Sun. Known to be a cruel planet; astrologically it is known as the planet of Justice. The native suffers the consequences of his or her deeds in the various phases of Saturn period.

When Saturn transits the 12th, 1st and the 2nd sign from the Moon sign or Rashi, this period is known as Sade Satti. As Saturn takes 2 ½ years to travel in one sign, the complete Sade Satti  lasts for total 7 ½ years. Sade

This 7 ½ years period can bring lot of trouble and turbulence in the native’s life, certainly depending upon the lagan or ascendant and the nature of Saturn in the native’s horoscope.

When Saturn transits the 4th and the 8th house from the persons Moon sign or Rashi, this period of called Dhaiyya.

HOW TO CHECK IF SADESATTI IS GOING ON:

Actually many people do not know that Sade Satti should always be checked from the degree of the Moon. However that can be for a experienced astrologer to do, for a layman there is a very simple way to check if your sadesatti is going on or about to start and that is, you should know where is the Saturn in Transit. For example Saturn in Transit is in Scorpio till 27 January 2017 and then Saturn will enter Sagittarius and stay for 2 ½ years in Sagittarius. Therefore for most of the natives who have Sagittarius Rashi, Saturn Sadesatti must be already on or about to start.  Why I say about to start, like I said it has to be checked from the Moon. However If you start getting malefic results recently it is better to take a astrologer advice and do the necessary remedies for controlling the malefic effects of Shani Sade Saddi.

Saturn SadeSatti  for Sagaittarius Native for 2016

This year Saturn will remain in the 12th house from Sagittarius thus indicating that Saturn Sadesatti will be operating.  Saturn is the lord of 2nd and 3rd house for Sagittarius native, which is the house of finance, family, name, fame and initiative and courage. It is also the house for short journeys and coborns. Uncontrolled expenses will be there as Saturn increases expenditure and wastage or loss of money is also there as 2nd lord is in the 12th house. Problems with labour, losses due to servants, subordinates will be there for businessmen. Health issues to relative and self will also be there as Saturn is the planet for disease. Distant journeys are quite likely making you incur expenses on the same.  Financial ups and down is likely during this period. People close to you may turn against you and there could be severe difference of opinion. You must control your temper and avoid conflicts with other. Another not so good things for Sagittarius natives would be that Jupiter the lagan lord is conjoined with Rahu in Leo till August. From March 25 to 13 August Saturn will move retrograde, therefore for those native who have retrograde Saturn in their natal chart, the sadesatti period will be much harsher during this period.

It is very important to control the malefic influence of Shani Sade Satti through proper remedies which include Mantra Jaap or recitation and donations.

Want to Know More about Saturn Sade Satti or Shani Dhaiyya whatever your sign, and how it will effect you. What remedies will bring relief during this period.  please look at the Paid Consultation from below.

The planet Saturn is associated with success through hard work, obstacles in life, financial hardships ...