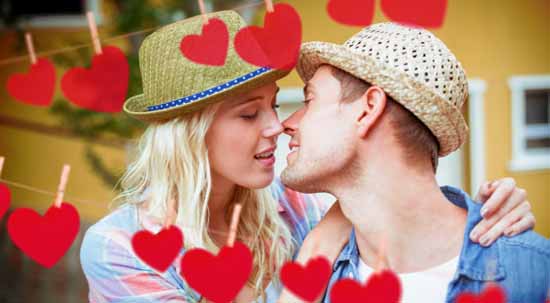 Taurus and Aries Love Relationship and Compatibility in Bed

It takes a great deal to provoke Taurus off the chains into firing back at his Aries partner. This is a very good thing as Taurus won’t take Aries’ hotheadedness and tantrums personally. But, this has a limit as the Taurus can only take so much before snapping and losing patience. When this happens, even Aries will wonder what hit them.

It is thus advisable that the Aries partner understand the limit beyond which things won’t be so colorful.

Aries always aims at getting what Aries wants most of the time but Taurus too can be very stubborn and unrelenting. Aries is constantly moving at terminal velocity and may find Taurus to be too slow which is actually a good thing as this is exactly what Aries needs, someone to always keep you in check and stabilize you.

Money can be a sore topic because Aries prefers turning it up and spending all the money while Taurus finds pleasure in retaining most of the money.

As partners, these two are made for each other. Taurus comes with the much needed sense to Aries rash and ‘living on the edge’ kind of life. In the same light, Aries comes with a lot of excitement and fire into the union which is a great thing for Taurus, who can at times get stuck in a rut. The compatibility of these two signs is mostly positive and even if a relationship doesn’t quite work, they make very good and close friends.

Compromise is key in this relationship, however, neither of Aries and Taurus are very good at bending over backwards to the other’s will and so the secret is to build on a mutual respect and trust for it to allow reasonable compromise.

The main challenge is that this relationship can be equal parts annoying, boring and frustrating until you two start meeting in the middle.

Initially, both Aries and Taurus are on different pages. Taurus prefers emotional, slow and sensuous sex that is more traditional and mostly after a good meal while Aries is more into spontaneous quickies at whatever time and whatever place.

Taurus wants to be wooed or woo at a slow pace while Aries just wants a wam-bam-thank you kind of relationship and is unlikely to do things like buy roses and a box of chocolates.

For the best compatibility, Aries should take things slower and take the pace that is enjoyed by Taurus. When Taurus responds with the most sensual smile and wide open arms, it will all be worth the wait.  On the other hand, Taurus needs to turn up the heat and try matching Aries. These two need each other, period! 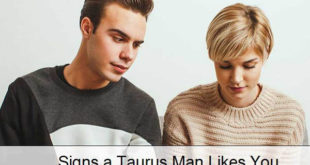 Signs a Taurus man likes you | know about Taurus man

Taurus man is hopelessly romantic and yet very quiet at the initial days. It is ...

We want to make it clear that we put our best efforts into providing you accurate horoscope predictions but any prediction that you receive from Astrologymag.com is not to be considered as a substitute for the advice, program, or treatment that you would normally receive from a licensed professional such as a doctor, lawyer, psychiatrist, or financial adviser. Although we try our best to give you accurate calculations based upon Vedic Astrology, we do not rule out the possibility of errors, which can be there because of various factors. Predictions are provided as-is and we provide no guarantees, implied warranties, or assurances of any kind, and will not be responsible for any interpretation made or use by the recipient of the information and data mentioned above. If you are not comfortable with this information, please do not use it. By entering this site you declare you read and agreed to the Site Terms, acknowledged our Privacy Policy and you understand that your use of the site's content is made at your own risk and responsibility. No way AstrologyMag.com will be responsible for the personal information you add to the website. In case any disputes the court of law shall be the courts of Panchkula, Haryana (India). AstrologyMag.com
this content