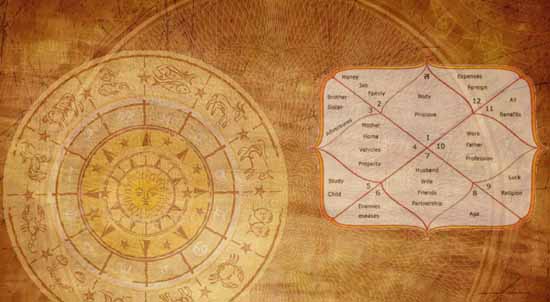 As per Prashari Astrology some planets form the Panch Mahapurush Yogas (Five Auspicious Combinations conferring great status, comfort, happiness, long life, intelligence to the native). These Yogas are as under:

Any Native born with one or more of these yoga is considered to be wealthy, happy, learned, would have enormous luxuries and comforts in his/her life. But many times it has been observed that these yogas do not bring out any benefit results. This is primarily because the nature of the planet has been ignored which is forming the Yoga. It may be notes that even a Yogakaraka planet  may not give desired results and become obstructive or bhadaka planet in few cases.

It may be notes that there may is one obstructive or Bhadaka planet in each horoscope. The nature of the planet will always be that of creating obstruction, no matter how many auspicious Yogas it may form through its conjunction, aspect or exchange. Such a planet even if forming the Panch Mahapurush Yoga will not bring good results.

The below Chart indicates the obstructive planets and their location which will nullify auspicious Yogas or combinations bringing no good results to the native.

Get your Horoscope Analysis done for the Above Yogas and if at all they will benefit you in your life. Get complete details on the upcoming Transit and events in your life for next 1 Year.