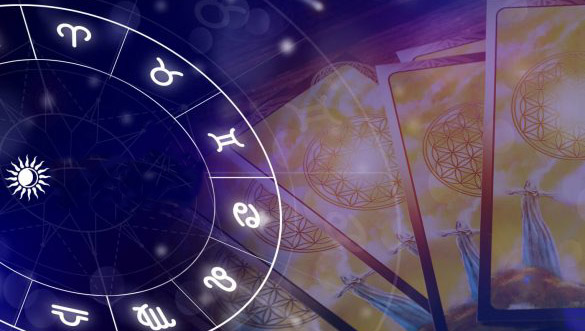 In this article, we discuss about Astrology and Tarot Card reading. The planets orbiting the Sun form a unit within our Universe which we call our solar system. The various parts of this unit, their relationship with each other and with the stars which form the backdrop for our system, are the tools which astrologers use to describe the energies associated with our physical, mental, and spiritual lives. The ten planets, Sun, Moon, Mercury, Venus, Mars, Jupiter, Saturn, Uranus, Neptune and Pluto, are the parts of the unit which depict the basic life impulses in each of us. (Note: Even though astrologers refer to the Sun and Moon as planets, they are not properly so, but are called such for the sake of convenience. The Earth itself is usually not included as a planet for reasons which go beyond the scope of this article). It is probably worth noting here my own basic ideas concerning astrology.

The components of the horoscope (planets, signs, and houses) have no quantitative intrinsic, unique or individual meanings of their own. Rather, they each symbolize a general principle or theme which, when used in chart interpretation or delineation should be placed within the context which is appropriate for the way in which each individual structures his/her world. In other words, the horoscope is subjective, qualitative and context dependent. The only axiomatic truths in astrology are those derived from the fundamental principles of astrological symbolism – the signs of the zodiac and the planets. Everything else is individual opinion. The astrologer doesn’t really `know’ what’s going on with another person and can only discuss with them the connection between the themes and the way in which that individual structures and perceives his world. The astrologer, of necessity, brings his/her own `truth’ and value judgments into the mix.

It is the same dynamics we can find with tarot cards too. The popular mermaid tarot cards on their own have no individual meaning in themselves. They are context dependent and heavily rely on astrology truths as well. Mermaids are powerful symbols, present all around the world in various cultures and mermaid cards can be successfully used to guide persons in their choices. They are so popular that mermaid tattoos became one of the most popular symbols all around the world, independent of the culture. But in and of itself, the cards or the mermaid drawings hold no intrinsic meaning and a tarot reader can only use them in the context of someone’s belief system and past experiences.

It might be useful to think of principles and themes as being similar to colors. When we speak of something being Red we are including in our description a vast spectrum of gradations all of which fall under the general heading of “red”-ness and which one cannot conclude as being Green or Blue. So it is with a planet, or sign. For example, a part of Saturn’s theme is the concept of boundary and structure. These ideas can manifest in untold numbers of ways, depending upon the context in which the Saturn energy exists (the life of the individual). Whether the Saturn energy is subjectively seen and felt as `negative’ or ‘positive’ depends upon the individual’s environment, cultural heritage, upbringing and many other factors. But under any circumstances, it will always be instantly recognizable as Saturnian energy to an astrologer. It is unfortunate that the lay person who is unfamiliar with the internal symbolic consistency of the themes encountered in the horoscope, views this as waffling, while many astrologers find themselves forced into specificity, and possibly futile attempts to quantify their results in an attempt to satisfy the scientific gods.