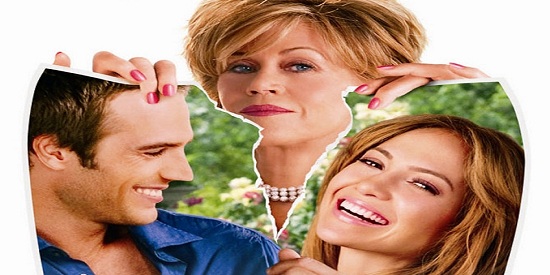 How to improve your relationship with your In-laws

In Indian society marriage is considered a union of two families. It is undisputed the most auspicious bond that ties a man and woman to be one in eternity. It’s a sacred agreement which is usually entered through mutual trust taking into consideration religious vows that symbolizes an agreement to be with each other in sorrow or happiness. Any discord that unties such unity is not only stressful but painful to both families. Everyone wishes for a joyful and successful marriage life encompassed in sweet and fruitful relation thereafter. No one can ever have a piece of mind and satisfaction till there is a strong companionship in one’s life.  Discomfort and disharmony at home usually arise with the day to day undertakings in life. Anyone who then feels uncomfortable would feel devoid of the satisfaction and bliss that comes with marriage.

Many times even the close family members can become the reason for stress and tensions. At times they do not communicate themselves properly, at other times they genuinely want to take decisions for others and interfere in their children lives. According to Indian tradition, a child will always be a child even after he has his children. Therefore the parent’s attitude to decide for their children may be looked upon as considered as interference these days.

Astrology Reasons for Problems with In-laws

If there are malefic in the natives 10th house , or 9th and 11th house forming the Pap Katri Yoga then the native will have problems with mother-in-law.  If there is Rahu and Moon combination in the 10th house, it is indicated that the native will not have cordial relationship with her mother in law.

If the 4th house or the 4th lord are badly placed then there is less of family comforts in the natives life.

Remedies for improving relationship with in Laws

Most of our traditions have got rules and remedies that can bring about positive change in family atmosphere.  Still in India people prefer to live as a joint family. However at times this may be look as interference by forward day couples.  In some traditional families In India in order to maintain peace with husband’s family and receive everlasting love from in-laws, the following remedy is still done during the time of marriage.

You give raw turmeric pieces, little jaggery, yellow gram lentils and copper coins to the In-laws four days prior to the day of the wedding. The symbolism of the above remedy is enormous and the tradition is supposed to bring prosperity, wealth and good health to the family. Before entering your husband’s house that is just after leaving your parents house, you need to pour a pulse commonly referred to as “urad” mixed with henna. Mixing the substances ensures a happy life full of joy and happiness.

To some people this might strike them as odd, but cleaning the kitchen yourself at least once a week can go long way in creating an everlasting relationship with the husbands family. As much as this might be hard for a lot of people but serving  tea yourself to your in-laws  will give tremendous strength to your relationship with in-laws. These small things can bring about remarkable compatibility between yourself and your husbands family.

Some families are constantly faced with perennial discord, to ensure that such discords do not happen you may plant two trees at the entrance brings about peace and harmonious atmosphere in the family.

In some marriages, husbands can at times very angry on slight provocations or that case without any reason. It is advised that the wife should within a fortnight of the waning moon especially on Sunday, Monday or Tuesday take a chunk of jiggery, two silver coins and a fistful of salt and hide them somewhere in the house. It won’t take long before she sees change in her husband.