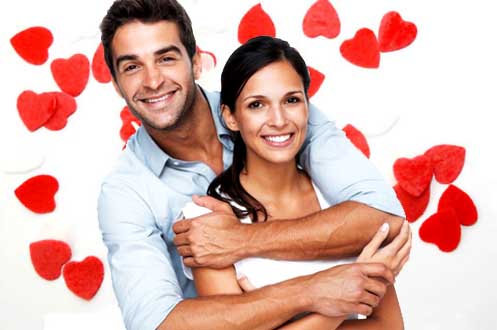 Matching birth horoscopes prior to formalizing a match is a tradition that is followed frequently in India. Horoscopes are matched to gage the compatibility levels of the prospective bride and groom. The Vasya Koota method of assigning points to compatible features in the horoscopes is often utilized in keeping with the Vedic way of marriage match making. The vasya Koota falls under the second category of Ashtkoota system. The word vasya, when translated, means the ability to dominate or influence another person.

In this modern world, women are self-sufficient; many are financially independent and make important decisions on their own. In the past, women were required by the norms of society to live under constant male domination. The vasya koota was employed to assess the ability of the groom to dominate or influence the bride. These days, it is used to confirm the compatibility between the couple, which is believed to be based on the planetary configuration of the birth horoscope.

This is an important koota suggesting the degree of magnetic control over each other. Moon sign of the bride and the bridegroom must fall in the same group to get the maximum of 2 points.

1. Chatushpada (quadruped) – Mesha, Vrisha, the second half of Dhanu, the first half of Makara.

3. Jalachara (Aquatic) – Karka, Meena, the second Half of Makara.

3. Vanachara (wild) – Simha (not included amongst the quadrupeds above)

All signs except Vrishchika are vashya for simha. Exept Simha, all signs are vashya for Manava. The Jalachara serves as food for Manava as does Chatushpada for vanachara, and these combinations are not favoured. The below table shows the points gained from vashya matching of the couple’s charts.

Gunas from matching of Vashya

Every zodiac sign has its own special characteristics, strengths and limitations. We all seems to experience higher compatibility levels with some and don’t get along that well with a few. This compatibility is believed to come from the zodiac signs of the individuals. When the Vashya Koota is found to be compatible between the prospective bride and groom, it is believed to ensure a harmonious marriage. With Vashya Koota, the most compatible horoscopes score 2 points, whereas the least compatible ones score 0 points. When a score of 0 is arrived at, the match is said to be highly incompatible. There are some exceptions to the rules and in these instances, the horoscopes are not considered to be incompatible. Consulting a Vedic astrologer to match horoscopes ensures a correct assessment of the compatibility in the birth horoscopes of the prospective bride and groom. Harmonious and long lasting martial unions are often ensured by Vasya Koota in marriage match making.

The 0 score of Vashya Koota can be ignored under the following conditions: