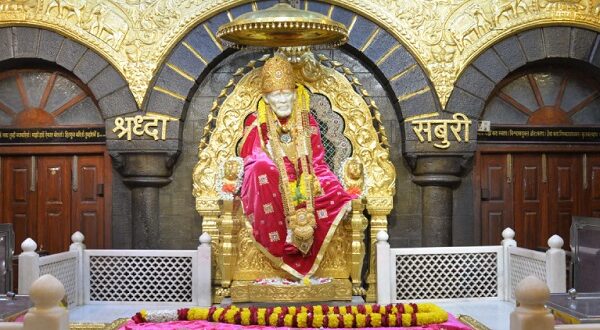 6 most amazing Miracles of Sai Baba of Shirdi

We all know who Sai Baba is, and we’ve all heard about his miracles or short stories about how he helped poor, vulnerable, and even beggarly people overcome adversity, trauma, and depression. The real-life miracles and legends of the great saint Sai baba are legendary in Indian history. Sai Baba was a spiritual Guru from India who was best known for solving problems for his devoted followers. There are several miracle tales and true events that show Baba was superhuman and remained in Shirdi for the rest of his life to bless all of his dear and devoted followers’ and remove devotees’ difficulties and challenges MAGICALLY and Mystically.

There is a district called Aurangabad in Maharashtra, and a village called Dhoopkhede is located there. The village’s head was Chand Bhai. He once misplaced his house. Chand Bhai looked everywhere but couldn’t find anything. After traveling about 14 miles, he came across a mango tree under the foot of which sat a Fakir. He wore a scarf, wore a Kafni (long robe), and carried a “Satka” (short stick) under his armpit. He was asked about the saddle by the Fakir. Chand Patil responded that it was his horse that had gone missing.

The Fakir asked Chand Bhai to search near the riverbed. Chand Bhai could not believe when he found his horse there. He was sure that this Fakir was no ordinary person and possessed mystical powers. He asked the Fakir to visit his house and accept his hospitality.

After a while, there was a wedding ceremony at Chand Bhai’s home, and the wedding procession proceeded to Shirdi. The wedding party was also joined by a Fakir. When the wedding party arrived in Shirdi, it alighted near Khandoba’s temple near Bhagat Mhalsapati field.  When Bhagat Mhalsapati saw the young Fakir getting down, he called him, saying, “YA SAI” (Welcome Sai). Others began addressing Him as Sai, and he became known as Sai Baba.

Miracles of Sai Baba – The Story of Grinding Wheat

There was a Cholera outbreak in Shirdi at one point. Baba was approached by helpless Shirdi citizens seeking assistance. After washing his hands and face, Baba took some wheat and began grinding it in a hand mill. Then he instructed the villagers to take the flour and scatter it around the village’s perimeter. The cholera outbreak subsided after that, thanks to Baba’s grace, the people of the village were saved by Sai Baba’s mystic powers.

There’s a story about a man named Rao Bahadur Moreshwar Fradhan, who traveled to Shirdi with his wife to receive Sai Baba’s darshan. It started raining heavily as the couple was about to leave. The sky is filled with thunder and lightning. Rao Bahadur looked for Sai Babas help to stop the rain, so that they could leave.  “Oh Allah, let the rains stop!” Sai Baba prayed. My kids are returning to their home. “Let them reach home peacefully” The downpour subsided to a drizzle, and Rao Bahadur and his wife were able to safely arrive at their destination.

Tale of Converting Water into Oil

Sai Baba used to light earthen lamps in the Dwarkamai every night. He requested oil from the grocers for this. People thought of Baba as a crazy fakir at first, so the grocers just gave him oil for fun. But they grew tired of this everyday routine and declined to give him oil one day. Baba returned to Dwarkamai, clutching the empty oil tin in his lap. As if to appease the God inside, he placed a little water in the oil tin and drank it. Then he poured more water into the lamps and lit them one by one. The ‘water lamps’ burned all night. Those who had come to ridicule stayed to praise. Baba’s supernatural abilities were proven beyond a shadow of a doubt in this event.

When Sai Baba first arrived in Shirdi, there were no basic amenities. There was a well that was which was dry and without water. It had no natural water spring, and if there had been one, it had dried up long ago. Water had to be fetched from distant places. When Sai Baba permitted the villagers to celebrate the Ram Navami Fair (Baba’s Birthday), the main issue the organizers faced was a lack of water. So what other choice do they have but to bring their problem to Sai Baba? “Oh yes,” Sai Baba replied, “so you want a lot of water, don’t you?” Take this and throw it in the well, and see what happens.” ” ‘This,” turned out to be a flower platter on which so many people had put their flowers. The peasants were unconcerned with what they were doing. They had complete confidence in Sai Baba. It is said that as soon as that platter of flowers was tossed into the well, the water rose from the depths as if by divine command and filled it. The public outpouring of joy was enormous.

According to one story, word had spread that a poor man’s 3-year-old daughter had fallen into the well and drowned. When the villagers arrived at the well, they discovered the child suspended in mid-air, as if supported by an invisible hand! She was quickly pulled out. Sai Baba adored the little girl who would always exclaim, “I am Baba’s sister!” The villagers believed her after this incident. “It’s all Baba’s Leela,” the people said.

There are many Miracles of Sai Baba of Shirdi, which have amazed His followers and Given Him worldwide recognition and fame. Sai Baba was a Shirdi resident for the rest of his life and blessed His devotes.  He conversed with those who came to see Him. Sai Baba would often speak in metaphors and parables, leaving his followers to figure out the meaning. Devotes who came to see Baba would be asked for Dakshina (money provided as a token of gratitude to the Guru). He wasn’t doing it because he needed their cash. One of Baba’s methods for determining a devotee’s attachment to worldly objects and ability to sacrifice his ego was to use this tool. Baba takes care of all of a person’s spiritual and temporal needs until he has fully surrendered himself to him. Money, like everything else, was regarded by Baba as a symbolic object.  All of Baba’s earnings were allocated to the poor, sick, and in need by the end of the day. Baba will feed and even cook for the fakirs and devotees. He prepared meat for those who were used to it, and vegetarian dishes for the rest.

Sai Baba’s Dwarakamayee was open to all, regardless of caste, creed, or faith. Ministers, government officials, business people, and village folk were among those who came to see him and receive His darshan (spiritual communication with the Guru) and blessings. He was the God of the common man. He lived with them, laughed with them, slept and ate with them, smoked a chillum (pipe) with them, sang and danced with them, and He had no pretensions of becoming a God. But they were all aware that he was watching over them. Even though he has left his physical body, they still sense his energy and recognize his value.

The sounding of the drum of eternity’s beginning within the soul will also be referred to by Baba. Every limb, bone, and pore in Baba’s body echoed the “anahat” sound emanating from his heart. It was imbued with divine essence, and Baba believed that even though his physical body would cease to exist one day, his remains would interact with those who remained after his death. As a result, Baba’s temple is the most popular attraction in Shirdi; the Samadhi Mandir is his tomb, which has attracted millions of visitors and continues to do so.