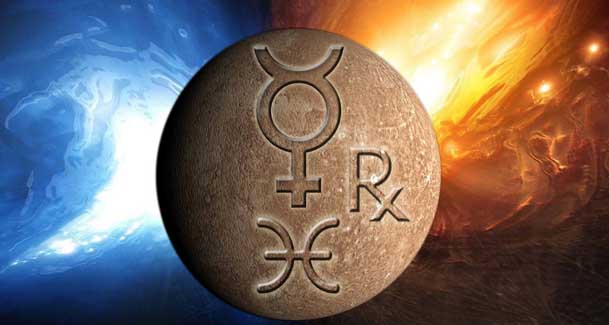 All planets in the zodiac have a motion which is direct or backwards. Retrograde planet also known as Vakri Graha simply means the planet is moving backwards in the Zodaic.Therefore the question asked is do planets actually move backwards, and the answer is that it is just from our point of view it appears like the planet is moving in the opposite direction, like when the planets are at the bends.  All planets including the luminaries Sun and Moon move direct. On the other hand Rahu and Ketu which are not physical energies but mathematical points of energy and also known as the nodes of the Moon are always moving backwards or in retrograde motion.

RAHU/KETU- Always moves retrograde, they never move direct. In your astrological chart you will see Rahu and Ketu , it is understood that they are in retrograde motion. This is applicable for every single chart on this planet.  Sun and Moon never go retrograde.

Retrograde Mars:  Such a Native will be very rigid and reckless in his behavior. The native can be a sex pervert. Will be interested in Pornography and pleasure through unnatural sexual behavior. Not easy to satisfy them sexually.  If the affliction on Mars is severe the native may be homosexual. Men with retrograde Mars and especially if Mars is the lord of 8th house are more prone to suffer from Hernia, piles etc while females are likely to have painful and disrupted menstrual periods.

Retrograde Mercury: The native with Mercury Retrograde in their horoscope tends to think in terms of symbols and insights rather than facts and figures. These natives are more powerful on the sub conscious level, therefore such natives are highly creative, philosophical, stay in deep thoughts. Such natives keep talking to themselves. They might not be the best company to have around as they can bore you with their talks and wisdom but they are trustworthy and harm no one.

Retrograde Jupiter: The native with Jupiter retrograde will get success from others failures. They will get prominence when others are unable to get results. They have amazing ability to succeed in work which has been ignored by others. Such natives are great in reviving closed enterprises and unhide hidden assets. They may not be good at bargaining but they do know their true potential and expertise.

Retrograde Saturn: They are the kind of people who are more comfortable by working from behind the scheme. They dislike limelight and public appearances. They can be impractical, unreasonable and completely unrealistic at times. They like being isolated and being unbothered and do not mind being separated from people around them.