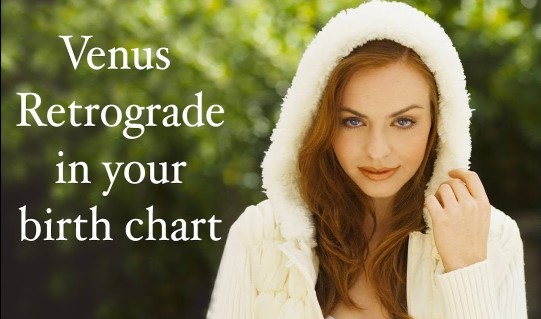 People that are born when Venus is retrograde take socializing very seriously. They are a little shy in their youth and do not like to engage in small talk. They have a deep aversion for things that do not matter. Things that are superficial. To this people, love is very important. The only problem is that they may not be forth coming enough about it to others so people can know how deeply they love.

People here have to be really careful about self-sabotage in their relationships. They usually have this feeling of not good enough or not attractive enough or even not being good enough to be loved. They also have a lot of deep insecurities. Another thing is that self-love is usually an issue with them. Because of these issues you might find them resulting to things such as overeating or serial dating. In some cases the person might feel or tell themselves that they do not need love or dating. It is advisable to people born under Venus retrograde to create their own happiness. They should love themselves first and then the love they seek outside will come naturally.

Relationships can make or break a person born under the Venus retrograde. This is because they usually take it so seriously. Things like rejections and breakups leave a deep scar within them. It can take a very long time for them to get over a broken or difficult relationship.

People here usually show their love through material affections. They are known to go out of their way to spend a lot on material things. They can also lose a lot of money through relationships. They are also very private and secretive about finances. For example they might have a hidden stash of funds or struggle to pay a gambling debt or they could be a serial shopaholic and nobody will find out. They usually have a deep inhibition when it comes to accepting money, asking for a pay rise or going after high paying jobs. They are known to not charge enough for their services.

They can also set very high standards for themselves. While they may despise superficiality in others they might be very conscious of such in themselves. Things such as body awareness or physical beauty are usually a thing of concern to them. They are sometimes associated with delays in loving or delays in marriage. They have been known to be hesitant. But the truth is that most times they form these close unions very early. So those that form their close unions early enough usually do not have these problems.

Another thing is that they can be easily misunderstood. This is in most part due to their ideas about love and marriage. They can be difficult to love as they usually need more reassurance and convincing than most people. All in all people born with Venus retrograde many times feel insecurity on the relationship front and they need more compassion from their partners.

Retrograde Venus – Will Move Your relationship in a New Direction

Venus the planet for love and romance gets retrograde every 19 months for about 42 ...