Important Things you should know about Saturn Mahadasa

Saturn or Shani Mahadasha works for 19 Years – Its Effects

Quite simply the planet of karma, Saturn or Shani is perceived to be one of the most powerful and important planets as per Vedic astrology. It holds a unique position among all the 9 planets. While generally it is believed to bring about negative impacts on the native when posited unfavourably in the birth chart, Saturn or Shani in its Mahadasa can bring name, fame and success to the individual, making him reach enormous heights. It is also the planet of longevity. Saturn is the supreme purifier, it is a planet of delays but it never denies. During its mahadasha which lasts for 19 years, the native will walk through difficult times and eventually finds success only through his persistent efforts and disciple in life.

Saturn’s mahadasa bestows upon the person with immense potency and domination in personality as in the period of Saturn, the native would stand strong and effective; besides, he/she would attain victory over obstacles and would walk towards heights of fame and respect and attain high authority.

In the Saturn mahadasa, the native would be endowed with the strength of intellect and knowledge; in addition he/she would get truly inclined towards pious and social pursuits; and in the end, the native would emerge as a modest and wiser personality through a tough process. The native could engage in more public interaction and enter the political arena. Saturn mahadasa would be a period of many fluctuations and instability, but it would bring peace and satisfaction towards the end; and the person would appear as having gone through a cleansing process.

The Saturn mahadasa could enclose the person with increasing enemies who would try to harm the native at their best while the native would become more aggressive and irksome in the Saturn’s Mahadasa. Distances and conflicts in relations around could be another adverse impact of Saturn dasa; besides, ill placement of Saturn could also lead towards imprisonment and opposition with the authorities. Saturn when unfavourably placed could destroy the native causing destruction of wealth, conflicts and all –round  misery. In the end, Saturn impacts are always the blend of both good and bad but it always takes the person towards the positive direction in the end. Saturn reaches maturity at the age of 36.

Given below are some of the important Remedies that should be done during Saturn / Shani Mahadasha:

If you are passing through a period of Saturn Mahadasha and want to know how this period will work for you. Please choose the paid service from below. 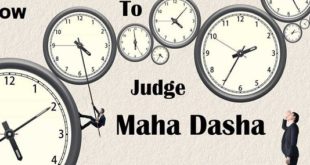 Mahadasas and Antardasas (Periods and sub periods) In my other articles on this blog, I ...