The Kuta / Ashtakoota system of Kundali matching depends upon the Moon Nakshatra in the horoscope. The Moon is the significator of mind and naturally the Koota test looks at the mental compatibility of the couple. However as we know there are various levels of relationship between the husband and wife apart from mental. The Ashtakoot takes a deeper look at the compatibility between the two on the spiritual, psychological, sub-conscious level. Koota agreement takes into cognizance compatibility of the blood also, in form of Nadi dosha. In many marriages where Nadi factor has not been properly matched the couple face problems related to children. This grouping may differ from the blood group as per modern medicine, but the Nadi Kuta takes into account the genetic compatibility between the couple leading to healthy progeny.

Meanwhile the scholars in North India when considering the Kuta test include 8 factors and that is why it is called Ashtakoota: Verna, Vashya, Tara, Yoni, Grahamaitra, Gana, Bhakoot or Rashi Kuta and Nadi.

Each of the above factors are given 1 point more than the previous one:

All the above points total up to Maximum 36 Points. If the total of the above adds up to 18 or more , it is said to have passed the Ashtakoot test. It is considered that the greater the Koota score the better the compatibility.

However having said that Ashtkoota compatibility is important it does not imply score of less than 18 Guna does not mean that the marriage should not be solemnized. A greater emphasis needs to be put on other factors that are more essential part of Kundali matching to judge the overall compatibility and marital happiness of the couple. I would suggest that although the importance of koota matching is important for judging the overall compatibility of marriage and marital life, It should only be given 30 % value when doing the complete horoscope / Kundli matching, the rest 70 % should be given to matching of the planets, also known as Graha Milan and studying the marital happiness in one’s own horoscope.

I strongly believe that If the individual has no happiness in his / her destiny as seen in the horoscope, then no matter how well the Kuta matching is, it is bound to disturb the marital life. Final decision to go or not to go ahead with marriage should be taken after duly studying the two horoscopes from all the angles.

GET FREE KUNDALI MILAN FROM BELOW 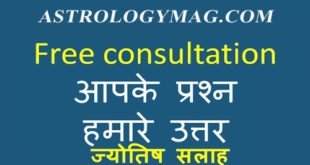 We want to make it clear that we put our best efforts into providing you accurate horoscope predictions but any prediction that you receive from Astrologymag.com is not to be considered as a substitute for the advice, program, or treatment that you would normally receive from a licensed professional such as a doctor, lawyer, psychiatrist, or financial adviser. Although we try our best to give you accurate calculations based upon Vedic Astrology, we do not rule out the possibility of errors, which can be there because of various factors. Predictions are provided as-is and we provide no guarantees, implied warranties, or assurances of any kind, and will not be responsible for any interpretation made or use by the recipient of the information and data mentioned above. If you are not comfortable with this information, please do not use it. By entering this site you declare you read and agreed to the Site Terms, acknowledged our Privacy Policy and you understand that your use of the site's content is made at your own risk and responsibility. No way AstrologyMag.com will be responsible for the personal information you add to the website. In case any disputes the court of law shall be the courts of Panchkula, Haryana (India). AstrologyMag.com
122819