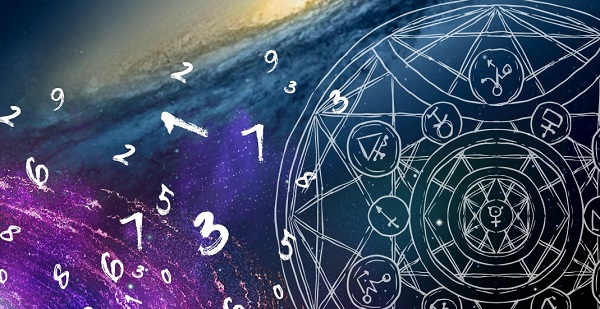 Numerology or Astrology – Which is More Accurate?

Numerology and astrology are both methods of divination that use numbers as well as the positions of celestial bodies to tell you about your personality and future prospects. Astrology also includes using the sun, moon, planets, and other bodies in space in order to divine information about your life, but numerology uses only numbers. Which is more accurate? Which offers better insight into the future? Numerology or astrology?

In numerology, numbers are assigned specific meanings. For example, 1 represents creation and beginnings, 2 means cooperation and balance, and so on. Numerologists then analyze relationships between these numbers to reveal trends that show how your personal strengths and weaknesses play out in your life.

Understanding numerology can help you better understand yourself as well as others. It can also help you make more educated decisions regarding your health, relationships, career path, finances, and learn more here.

So while astrology shows us how we’re influenced by celestial bodies like Mars or Jupiter based on their position relative to Earth at a given time of year; numerology gives us insight into our innate traits — not just those influenced by our surroundings — based on our birth date alone. This makes it a great tool for determining things like personality type, compatibility with other people, and even compatibility with potential business partners.

The old adage says that a picture’s worth a thousand words. If you don’t believe in astrology, you can still get something out of it. Looking at someone’s natal chart (one with their place and time of birth) gives you a look into both personal and universal patterns, which are generally quite revealing about personality.

Paying attention to astrological progressions lets you see how those patterns evolve over time, showing where potential changes are likely to occur in someone’s life as well as in one’s own life if they’re paying attention to said change.

You’re not destined for anything: we all have free will, but having some awareness about our major life patterns can help us make better decisions about what paths we take and why. It’s a complex subject and there are plenty of resources available on how to learn more about it, including books like Astrology for Dummies by Deborah Houlding.

However, even without an understanding of astrology per se, knowing your Sun sign can give you an idea of your basic nature. It doesn’t tell you everything; no horoscope does. But knowing your Sun sign can be useful when dealing with people who have different signs than yours because there’s often enough overlap between them that generalities hold true more often than not.

Limitations of Astrology and Numerology and What it Means

Astrology and numerology are both used to describe our personalities, but they can be limited in their effectiveness. While numerology uses our birth date and astrology uses our sun sign, neither of these two systems really tell us who we are complete.

What does your birthday say about you when you were born at 3 a.m., for example? What if it’s a leap year, or maybe there was an eclipse during your birth month that can throw off an interpretation? Similarly, what if you have Libra rising instead of Leo rising? These factors don’t exist in either Numerology or Astrology because they’re based on dates alone.

In addition, astrology has 12 signs while numerology has only 9 numbers; however, each system has its own limitations. There are many different types of people and some may not fall into any category perfectly. In addition, some people will fall into multiple categories.

The best way to find out which system works best for you is by understanding how each one works and then testing them out over time to see which one resonates with you most strongly.

Numerology or Astrology – So which is most accurate?

The sheer number of similarities between astrology and numerology makes it difficult to determine which is more accurate, but I think it’s safe to say that both are on par in terms of accuracy.

Even though there may be some minor discrepancies, it’s safe to say that these two sciences can accurately predict personality traits. Both astrologers and numerologists use an individual’s birth date as a means of analysis, making it easy for them to figure out their personality type (as well as physical and emotional characteristics).

In a universe as vast and varied as ours, it’s natural to want to find patterns. No matter how you look at it, numerology and astrology seem like they should work – they are an easy way to believe that our lives aren’t totally random.

But there isn’t enough evidence supporting either of these theories to show that they are anything more than entertainment. While their proponents may have different definitions of work, when it comes down to it, both methods make predictions based on opinions rather than solid facts – which means you shouldn’t rely on them in important life decisions.