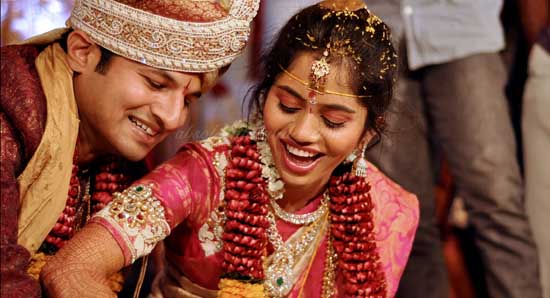 Rajju porutham indicates the strength and length of married life and marital happiness.  If both that is the boy and the girl are in the same Rajju it is said to form Rajju dosham. This is not good as Rajju dosham brings problems related to health of the couple, financial problems, children problems, of course depending upon which of the Rajju dosham is there. There are rules which are known as Rajju Dosha exceptions. When there is an exception then the dosha is considered as not applicable. Therefore before marriage it is very important to check if Rajju dosha falls under these exceptions or not.

There are total of 27 Nakshatras or stars which are divided into 5 combinations as pada-kati-nabhi-kanta-sira. For checking the cancellation of Rajju dosham there are many ways given in the shastras which include looking at Kundali Milan and also D9 chart which is the Navamsha chart.

The Rajju of the boy and the girl should not come in the same rajju for happy marriage as it forms the Rajju Dosham. However, if one is ascending and the other is in descending and other factors in the horoscope matching is good then it can be acceptable in certain cases. However it is much better if Rajju dosham cancels through other ways and also there are no major doshas like Nadi dosham, kuja dosha, Naga dosham in Kundli Milan.

To order a detailed analysis on Rajju dosham and comprehensive analysis on your marital life. Order a detailed paid analysis from below. This detailed Horoscope Matching Report will cover all aspects of Horoscope Matching in detail. Remedies if any will also be provided with the report. This report includes Phone conversation with Astrologer Navneet Khanna for you to understand your marital relationship and matching in detail.

Rajju purutham is one of the most important porutham in kundli milan. As this porutham ...