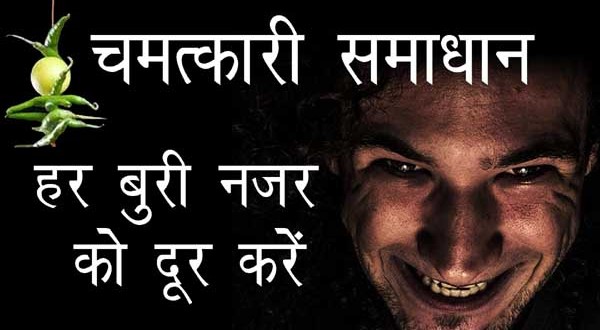 Since ancient times people have feared what is known as Nazar or the evil eye. When children fall sick for no apparent reason or things start going wrong or numerous obstacles come. It is believed that it is because of an evil eye or some nazar. Ancient Irish legends speak of evil eye of Balor, one eye giant, which also inspired Eye of Sauron in Hollywood movie ‘Lord of the Rings’.

Evil eye can be understood that everyone has an Aura or an energy which comes from our physical and mental state. A beautiful object has positive aura which makes us happy, while something ugly will have a negative Aura which makes us scared, gloomy and unhappy. Evil eye is similarly an aura that causes us to lose our aura and feel drained and dis-empowered.

The belief in evil eye is so strong that in Nathdvara temple of Srinathji even the Lord can be affected by nazar of devotes, because of which Lord image is shown fleetingly by opening and closing the curtain.

Remove Buri Nazar with these remedies:

Anyone can possess a evil eye transiently, even a mother gaze can drain child of positive energy and result in sickness of the child. To protect against this people use various kinds of talismans.

1. Put a Nazar ka Tikka or a black dot on child forehead is a common remedy for keep nazar away.

2. Tying a black thread to the ankle or the right arm.

3. The most important practice to remove evil eye is to visit temple and shrines because divine grace is opposite to all types of nazar or evil eye. 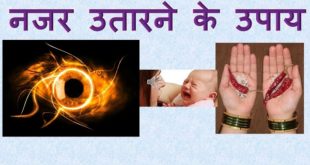