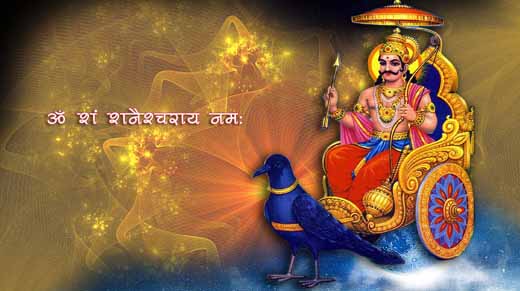 Saturn the planet behind delay in Marriage

Delay in marriage is one of the most pressing problems with people these days due to changes in the society today. Certainly there are many social, economic, educational factors behind delay in marriage, but the fact remains that practicing astrologers are continuously pestered by concerned parents who are eager to see their children married and settled in life.
When eligible these very children, in spite of their best efforts, fail in finding a suitable match, they rush to astrologers out of frustration for respite and guidance.

In this article, I have attempted to show, that Saturn is the main planet behind most of the cases where delays take place. Although there may be additional planets which may also have a role in this context but they would only be more of contributory nature only to aggravate what trend has set by Saturn in the natal chart. My strong belief that Saturn causes delayed or late marriages is based on the below astrological factors.

Firstly Saturn is a planet related with obstructions. This is the basic quality of Saturn that it teaches the native the lessons of life. The results the native gets will come gradually and with lots of efforts.

Thirdly and importantly, Saturn’s aspect on any house or any planet tends to subdue the qualities of that house and also of the planet. It has to be understood from the way the planets characteristics have been defined in astrology. We know that Jupiter enlarges, Mars motivates, Rahu accelerates and Saturn subdues.

Due to this behavior of Saturn the signification of the planet and the house which is aspects are badly damaged and results expected get suppressed unless the house is Saturn’s own sign that is Capricorn and Aquarius.

Therefore hindrances and delays in marriage are mostly caused by Saturn when:

• Saturn occupies the 7th house in a Natal chart

• Saturn conjoins or aspects with the 7th lord

• Afflicts the karaka for marriage Venus in various ways.

General Observations which will help in predicting delays in Marriage:

A) A native’s horoscope with Saturn in the 7th house of marriage will get marry late in life.

B) When Saturn becomes the lord of 7th house, it should not be posited in the 6th, 8th and 12th houses because these three houses yield unfavorable results. Saturn as the 7th lord in the 8th house causes major delays in marriage and causes disruptions thereafter in marital life.

D) A native generally marries between 28 and 32 years when Saturn happens to be his lord of 7th house or When Saturn is posited in his house.

E) When the 7th lord occupies the house of Saturn that is Capricorn and Aquarius, Saturn becomes the dispositor. Under such a situation Saturn should be positionally strong and have aspect of benefics for ensuring timely marriage.

Some other adverse planets no doubt interact with Saturn to deepen the impact but Saturn’s individual influence has been significantly seen in horoscopes to bring delays and problems in solemnizing marriages.

Get a detailed Report on when will you get married, Which is your marriage age. How will be your married life. Nature of spouse, will there be peace, love, happiness in your life after marriage. Are you Manglik or not Manglik. Ask your questions related to Marriage and get clear answers on how to deal with these issues.