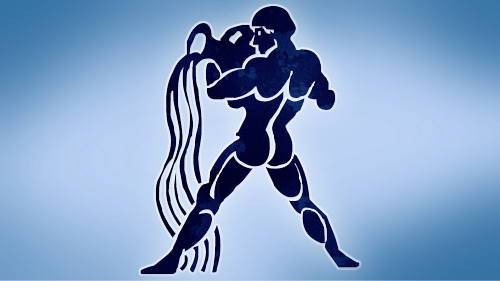 Yearly Horoscope 2017 for Aquarius – Know Your Year Ahead

2017 begins with Malefic planet Ketu in Lagan and you may face problems on your new plans and projects. New proposals will be highly alluring but it won’t be wise to take hasty and emotional decisions specially when negotiating the financial aspects. Previous investments in money market may get delayed but will eventually bring favorable results. Your stubborn and possessive nature would mar the peace and harmony at home. Rahu in the 7th house in transit is not auspicious, bringing problems with your partner.

The period after September seems better as Rahu transits into Cancer. Time for new friends and contacts as your charms and generosity would easily melt even the coldest of heart. Unexpected good news can be expected in November, which would bring in happiness for you and the entire family. Despite a busy and hectic year, your health would be fine. Meditation and yoga would be beneficial for spiritual as well as physical gains. Renovation, technology up gradation and pilgrimage for some would be high on your personal agenda later in the year.

Key Transits and Predictions for 2017

Astrologer Navneet Khanna, is a former World Bank & SIDA consultant, he has held many prestigious projects in India and Africa before settling down in his native place, near Chandigarh and following his passion in Vedic Astrology. Navneet is very scientific and logical in his Predictions. He reasons his predictions because of which he has a worldwide following and people from many countries solve their problems with his help. He is an expert in Marriage and Love Relationship. In Marriage Matching he does analysis of Guna Milan and also Grah Milan (Matching of the Planets) and will tell you effects and remedies of Nadi Dosha, Bhakoot Dosha & Gana Dosha if present. He is an Expert Astrologer on Many Indian & Foreign Websites like myastrologysigns.com and a frequent writer for many national and international websites and magazines. Navneet believes that Vedic Astrology is a vast subject, it is an ocean of knowledge and wisdom. It is simply up to the individual to jump into the ocean and extract the pearls. With his vast experience on occult subjects he has been associated with leading astrologers in India to promote astrology. Navneet Khanna believes that the energy and inspiration behind him is the Blessings of the Almighty. You may contact him on his number 0091-9417884861 .
@astronavneet
Previous Yearly Horoscope 2017 for Scorpio – Know Your Year Ahead
Next Yearly Horoscope 2017 for Aries – Know Your Year Ahead

Saturn in Sagittarius Transit – How It will affect You

Saturn is believed to be the great teacher among the planets. Saturn is move from ...