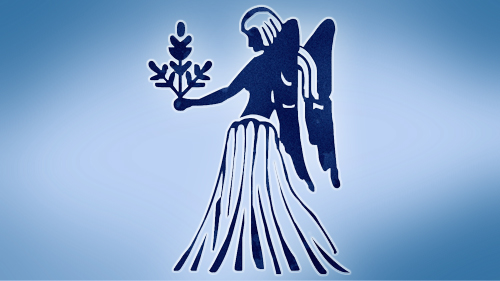 Yearly Horoscope 2017 for Virgo – Know Your Year Ahead

This is going to be a mixed 2017 for charming Virgos, who need to control expenses and spend strictly as per the budget. Financial position tightens around February 2017 Jupiter gets retrograde. Avoid taking any loans and picking up arguments. You would be quite upset with your friends as they pay no heed to your concerns, but do not be harsh in your speech and stay calm as soon they would acknowledge your importance and feelings.

The period after June 2017 sees new excitement in your life as romantic matters and affairs of the heart would bring joy and happiness. Travelling abroad around this period will prove to be highly beneficial not only for pleasure but for monetary gains as well. New ideas will take shape and contacts will be long lasting. There would be relatives and guests crowding your house, and your habit to please everybody would leave you exhausted and physically tired. Take rest in-between work and ask your family members for sharing your workload. Health needs care as Ketu aspects Virgo later in the year. Back aches, stiff neck and other stress related problems cannot be ruled out. The month of November would be perfect for building new alliances and partnerships. A change of residence or workplace cannot be ruled out for some.

Astrologer Navneet Khanna, is a former World Bank & SIDA consultant, he has held many prestigious projects in India and Africa before settling down in his native place, near Chandigarh and following his passion in Vedic Astrology. Navneet is very scientific and logical in his Predictions. He reasons his predictions because of which he has a worldwide following and people from many countries solve their problems with his help. He is an expert in Marriage and Love Relationship. In Marriage Matching he does analysis of Guna Milan and also Grah Milan (Matching of the Planets) and will tell you effects and remedies of Nadi Dosha, Bhakoot Dosha & Gana Dosha if present. He is an Expert Astrologer on Many Indian & Foreign Websites like myastrologysigns.com and a frequent writer for many national and international websites and magazines. Navneet believes that Vedic Astrology is a vast subject, it is an ocean of knowledge and wisdom. It is simply up to the individual to jump into the ocean and extract the pearls. With his vast experience on occult subjects he has been associated with leading astrologers in India to promote astrology. Navneet Khanna believes that the energy and inspiration behind him is the Blessings of the Almighty. You may contact him on his number 0091-9417884861 .
@astronavneet
Previous Yearly Horoscope 2017 for Capricorn – Know Your Year Ahead
Next Yearly Horoscope 2017 for Sagittarius – Know Your Year Ahead

Saturn in Sagittarius Transit – How It will affect You

Saturn is believed to be the great teacher among the planets. Saturn is move from ...